Now and again I do try to brush up on my French a little, hopefully shifting my skill with this language a little further away from my current ‘hopelessly mashed-up‘ stage to the much more advanced ‘terrible but comprehensible‘. I consider any sentence I construct that falls in the latter category, rather than the first, to be a great victory. With this in mind I’m always ready to pick up on new words, to uncover their meaning and perhaps put them into use myself. One such word that kept cropping up when I began to travel and taste more frequently in the Loire, from Bernard Baudry (pictured below) among others, was canicule. It wasn’t a word I was familiar with (for those in the know – no jokes about Loire Valley weather, please!) and it didn’t – unlike many other words of Latin descent – immediately suggest a meaning.

A little research was required; I discovered that the word has celestial origins, being a derivative of Canicula, the name of a star perhaps now more commonly known as Sirius or, being part of the constellation Canis Major, the dog star. The annual arrival of Canicula in the pre-dawn night sky has long held significance for mankind; the ancient Egyptians would use this yearly event to predict the annual flooding of the Nile, whereas the Romans associated it with the favourable period of weather that ran from late July to late August. The phrase ‘canicular days‘ might not be familiar, but ‘dog days‘ – describing the warm and sultry weeks of late summer – perhaps is. Canicula was of such significance that it even received a mention from Pliny the Elder in Naturalis Historia, published circa AD 77-79, within which he associated the rise of the star with “the boiling of the seas and the fermenting of wines“. By extension, the derivative canicule is now used to described any period of extreme heat, especially an atypical, perhaps newsworthy heatwave, and not solely the annual arrival of warm weather. 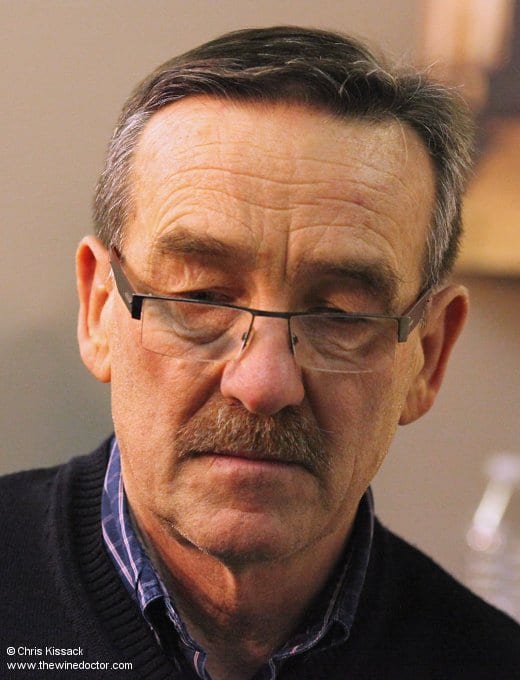 And what might the relevance of all this be to wine? I am sure it is already apparent. It was always the case that, as they vigneron muttered the word – some almost whispered it, as if it were somehow heretical – it was always the 2003 vintage they were pouring.