Is there any variety more derided than Melon de Bourgogne? If at any time in the past you have verbally abused this grape, or the wines for which it is responsible, raise your hand now.

At this point I have to admit my hand is raised, simply because I once allowed my opinions to be shaped by others. A commonly held view two or three decades ago, among British wine writers at least, was that this was a dull variety, responsible for dull wines, and its fate was therefore to be ignored. The attitude of George Rainbird, chairman of The Wine and Food Society, was typical; writing in An Illustrated Guide to Wine (Octopus Books, 1983) Rainbird described Muscadet as “pale in colour; not much nose; neutral flavour” which could hardly sound less appealing. In the three pages he dedicated to the Loire Valley, Muscadet received no more a mention than this. And although there were some enlightened souls, such as Oz Clarke and Hugh Johnson to name just two, who saw Melon de Bourgogne and Muscadet for what they really were and what they could be, this sort of attitude persisted for decades.

Decades later, the words found within the Sotheby’s Wine Encyclopedia (Penguin Books, fourth edition, 2007) continued to propagate this belief. Within, Tom Stevenson wrote “the Melon de Bourgogne grape is intrinsically incapable of competing with Chardonnay at even modest levels”. This belief was put forward as part of an argument for the growers of Muscadet to continue with the light, acid-rich wines for which they were known, rather than more serious styles (made from riper fruit, or aged on the lees). This was because, apparently, such wines while “extraordinary for Muscadet, make disappointing ‘Burgundy'”. Despite this put-down, the author then went on to note that “the new winemakers should be encouraged”. Telling an entire wine region that the grape variety with which they work is incapable of producing even modestly interesting wines are not, it has to be said, very strong words of encouragement. 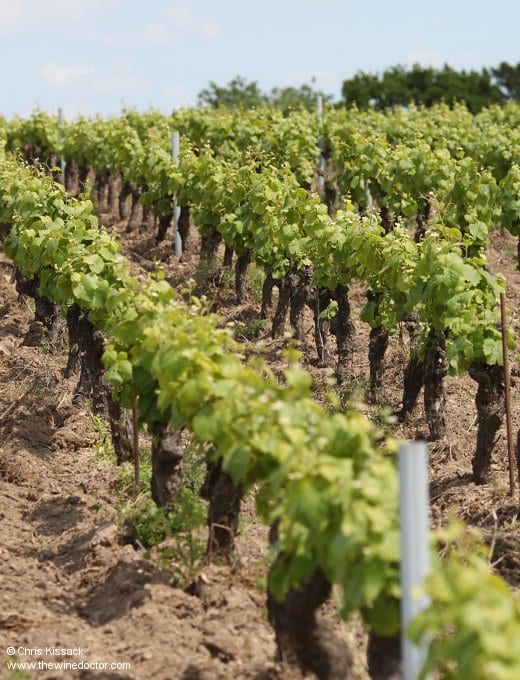 Long before that encyclopedia was published, however, I had discovered the real Muscadet for myself. I was encouraged to do so by the words and actions of some noted American importers and merchants, the late Joe Dressner and the team at Chambers Street Wines among others, who all seemed to have a very different view of the region and its wines. Sometimes, I have realised, merchants (who have to put their money where their mouths are) get it right, while critics and writers continue to get it wrong. There had to be something to the variety and the wines, I thought to myself, for these merchants to be so invested in these regions. So I began investigating for myself, and following my own nose produced some surprising results. I soon realised that Melon de Bourgogne and Muscadet was not what many authors were telling me it was; it was not a variety that could only produce battery-acid wines to be ignored. There were delicious wines here, scented with pear skin and thyme. There were long-lees aged wines of glorious texture. There were wines that aged ten years or more, and were rich in notes of golden fruit and brioche. And there were the crus communaux wines, a Muscadet revolution that absolutely no-one seemed to be talking about. Growers were taking Melon de Bourgogne from delimited areas, from old vines cropped low, aging the resulting wine on the lees for a couple of years, and turning out mineral-laced cuvées perfumed with vanilla flowers and citrus zest, the wines clearly set up for the cellar. Muscadet was starting to look no less interesting as a wine region than Chablis, and these new-wave wines could wipe the floor with many of the more modest examples from Burgundy’s most northerly outpost, not the other way around.

Muscadet was clearly on the up once again. And in doing so it remained true to the one feature common to all its wines, and that is the variety. Melon de Bourgogne deserves its place within wine’s hall of fame. It is one of the Loire Valley’s greatest assets. Although I have no doubt that Chenin Blanc is king in this region, I certainly waver on which variety should be queen. Should it be Sauvignon Blanc, ruling from Les Monts Damnés or the slopes of Saint-Andélain? Or should it be Melon de Bourgogne, a variety that can place its throne on any number of vantage points, from the serpentinite of the Butte de la Roche to the orthogneiss of the Grand Mouton? Speaking personally, I know I drink more Melon de Bourgogne than I do Sauvignon Blanc, but I don’t think I want to take sides. I am just happy that, even with just these three very widely planted varieties, we already have a great degree of the Loire’s diversity in hand, and Melon de Bourgogne is a vital part of it.