Having tried to convince you that 2010 is one in a sequence of strong vintages for the red wines of the Loire Valley, it would obviously be remiss of me not to take a look at a selection of said wines. In this, the third instalment of my report on 2010 Loire at Ten Years, I report on fourteen wines from this vintage. That’s three more than I managed in last year’s ten year’s on tasting featuring the 2009 vintage, surely a move in the right direction.

While I tend to favour Chinon when it comes to buying wine for my own cellar, this is of course not the only appellation that deserves our attention. For this reason in this report I also include a number of wines from beyond Chinon’s borders, most notably Bourgueil, and proving that the Loire Valley is not just for Cabernet Franc, I conclude with a quartet of red wines featuring Pinot Noir, three from Sancerre and a lone representative from Cheverny. And some of these forays into other appellations produced exciting results. 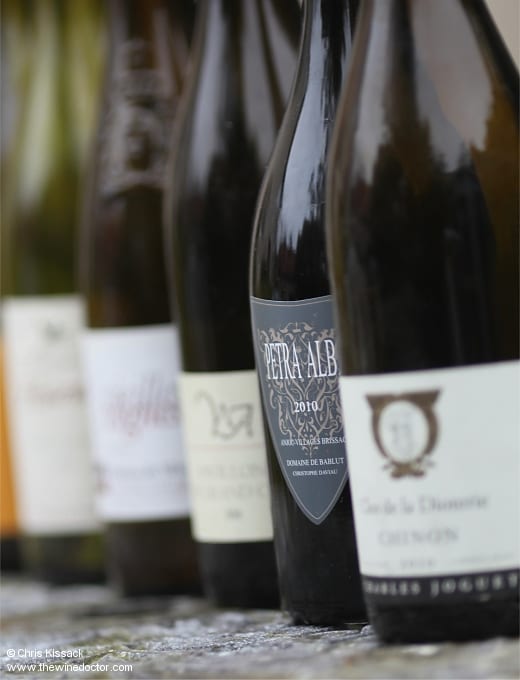 Looking to perhaps one of the most striking wines takes us to the aforementioned appellation of Cheverny; here the 2010 Ouvrage, from Domaine des Huards, was an absolute winner. I came to it with perhaps rather low expectations, having found the 2009 Le Vivier from the same domaine rather muted when tasted at ten years of age last year. There is a big difference  though, as Le Vivier features Gamay, whereas Ouvrage casts the spotlight onto Pinot Noir, and if this example is anything to go by with great success. It certainly outclassed two of the three wines from Sancerre.