As the year 2020 draws to a close (I will pause here for a moment, to allow time for the cheers and applause to die down) I come now to my final vintage-themed report of the year. As the title hopefully makes clear, in this report I take a look, now that ten years have passed, at the 2010 vintage in the Loire Valley. It is probably not giving away any Winedoctor trade secrets when I reveal that I have been anticipating the opportunity to taste these wines, and publish this report, for well over a year. Indeed, it has been on my mind ever since the moment I typed the closing words on my Loire 2009 at Ten Years report, back in August 2019 (that sure feels like a long time ago now).

The Loire Valley felt like a very different place ten years ago. It was in 2010 that Pithon-Paillé, created by the father-and-son team of Jo Pithon and Jo Paillé several years earlier, moved their base from Château de la Fresnaye to newly acquired cellars in Saint-Lambert-du-Lattay. It felt like a new beginning, a new ‘home’ where the family turned out delicious wines year after year. Today the domaine no longer even exists, as with no willing heir a couple of years ago it was put up for sale, and consequently swallowed up in the creation of Domaine Belargus.

Downriver, the Muscadet region was still struggling with its recovery from the devastating frost of 2008 which saw the appellation contract by almost 40%, with 5,000 hectares lost or abandoned in the blink of a vigneron’s eye. And there were no crus (at least, not officially), this being one year prior to the ratification of the first three, Clisson, Gorges and Le Pallet. Today Muscadet has risen like a phoenix from the ashes, leaving behind its old image to become the vin à la mode, and there are now seven crus established, with more on the way. 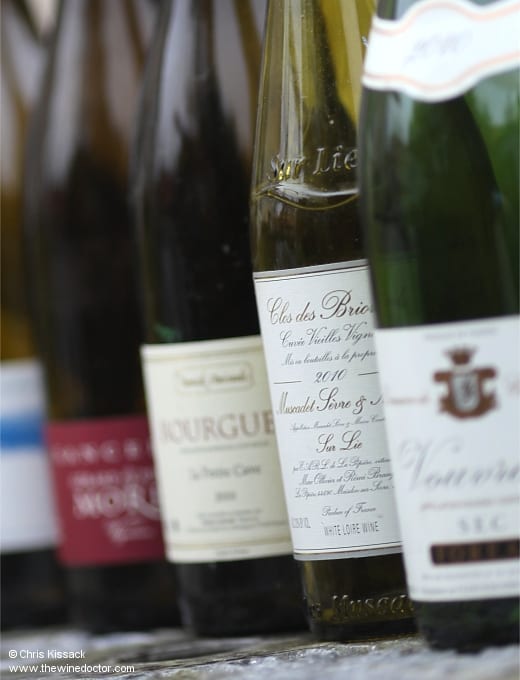