Almost directly south of Saint-Estèphe, and barely 500 metres from the Gironde, sits Château Montrose. If you subscribe to the maxim that the best locations for vineyards are within sight of this estuary (a belief which surely relates to the waterside location of the deep gravel croupes as well as good drainage) then its position seems absolutely correct. Château Montrose sits atop its gravel mound looking out across the water towards Blaye (the most obvious feature on the opposite bank are the twin reactors of the Centrale Nucléaire du Blayais, but I will try to gloss over that for the moment), and its status as a deuxième cru classé seems almost preordained. All, it seems, is right with the world.

Until your eye turns towards Château Montrose’s neighbours, that is. This noble second growth estate is flanked by properties entirely absent from the 1855 classification. To the south is the hamlet of Marbuzet, around which are scattered a few notable châteaux, in particular Château Haut-Marbuzet. And to the north, located at an almost equidistant point between Château Montrose and Château Phélan-Ségur is Château Meyney. Strangely, none of these neighbours have any notable classification, other than having borne the cru bourgeois designation at one time or another. 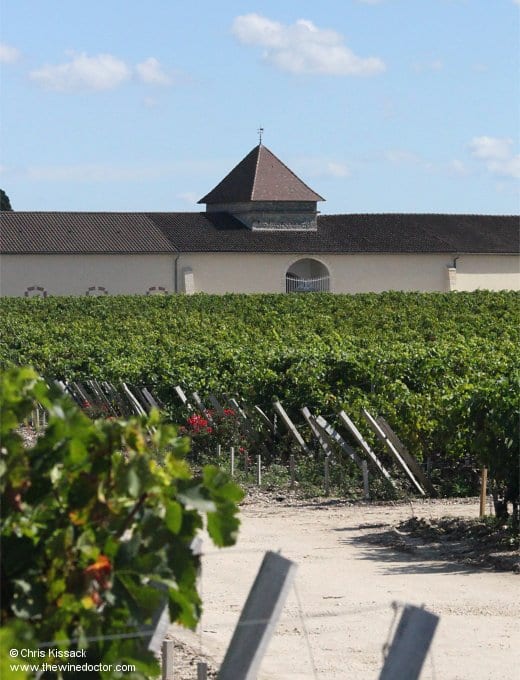 The parallels that can be drawn between Meyney and Montrose are quite striking; they both sit atop a ridge which runs alongside the Gironde, the land gently sloping from an altitude of 14 metres down towards the water. Both are surrounded by extensive vineyards, some rich in old vines; these run down towards the estuary but generally stop short, the soils close to the water’s edge increasingly rich and alluvial, and therefore not so beneficial to the vine. Location, climate, aspect and terroir (more on this latter aspect in a moment) are surely very similar, if not exactly the same. And whereas Château Montrose is something of an upstart, the land there nothing more than heather-rich scrub until it was cleared and planted by Etienne Théodore in 1815, Château Meyney has truly ancient ecclesiastical origins. As a consequence, questions have to be asked. Why was Château Meyney entirely absent from the 1855 classification, when Château Montrose – an estate barely four decades old – was ranked so very close to the top? And, surely more relevant than outmoded classifications, why do the modern-day wines of Château Meyney, good though they may be, not perform at the same level as those of Château Montrose?

In this profile I will try to answer these questions, or at the very least to postulate some theories. In order to understand Meyney’s place within the Saint-Estèphe appellation, however, we must first look at its history.