I have to look back quite a few years to my first encounter with the wines of Château Beau-Site, close to twenty years in fact. It was a blind tasting with friends, with – if I remember rightly – a very vague Bordeaux theme. The wines on show were hardly remarkable, a mixture of cru bourgeois estates, second wines and a rather decrepit old Côtes de Bourg. One wine in the tasting had some particularly good qualities through, and its silky texture and pure sense of elegance told me – in what was a rare moment of blind-tasting success – that this was a wine of the 1985 vintage. As to its identity though, I had no idea. Blind tastings are hard enough when you at least know which wines are likely to be included in the line up; identifying a wine completely blind without even a clue is the sort of trick only Roald Dahl would conjure up.

As it turned out, I had the vintage correct. And the wine came from a château that seemed vaguely familiar, although I’m sure that I hadn’t tasted its wine before. The label declared it to be Château Beau-Site. Despite the evident quality in that vintage, over the years that have passed since that first taste my encounters with the wines of this Saint-Estèphe estate have been sporadic at best. And, to be fair, other vintages have not always enthralled me. Nevertheless, this remains an estate worth knowing about, and in this profile I examine the property’s history, as well as the approach to viticulture and winemaking, followed up as always by my tasting notes.

Château Beau-Site no doubt has ancient origins, its vineyards presumably planted many centuries ago. Unfortunately, details of the estate’s early history are sparse if not entirely non-existent, although I note that David Copp, writing in Bordeaux St Estèphe (Inform & Enlighten Ltd, 2011) claims that during the 16th century the property was regarded as one of the most important in the region. I have not uncovered any such ancient history. 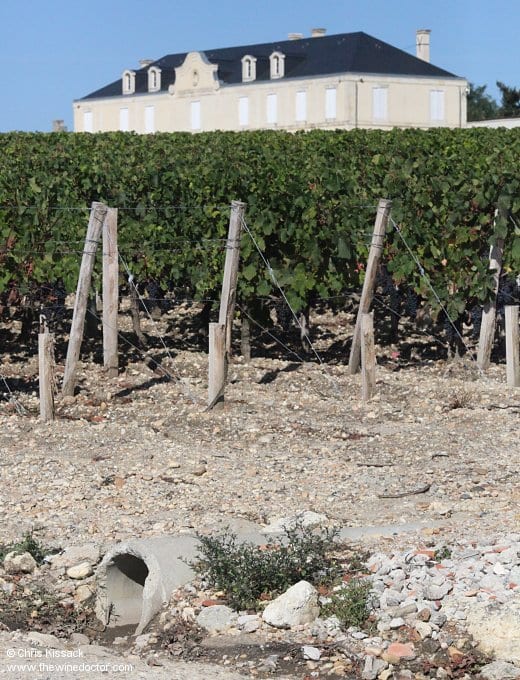 What I have succeeded in determining with certainty is that by the end of the 19th century the property, which certainly seems to have been well regarded, was in the hands of the Grazilhon family. The first trace of this name in the commune crops up in 1853 in Wilhelm Franck’s Traité sur les vins du Médoc (third edition, Chaumas, 1853), Franck documenting the presence of an individual named Grazillon [sic] at Lureteyre. I have failed to determine exactly where in Saint-Estèphe this is, but the individual in question obviously has vines here as they were turning out between 15 and 20 tonneaux per annum.