Let’s face it, in a head-to-head competition of which of the St Estèphe estates boasts the most dramatic, unusual or exotic château, Cos d’Estournel would win hands down, every time. With its mish-mash of exotic themes, including elephants from India, towered pagodas from the Far East and intricate carved wooden doors from the palace of Zanzibar, Cos d’Estournel seems to hold all the aces.

If you continue along the D2 past Cos d’Estournel and Cos Labory though, as the road curves round to the right, your trajectory swinging round to point you north, in the direction of the vineyards of the Médoc, you will see another visually imposing view to the left. This is Château Lafon-Rochet, and although this estate is not adorned with pilfered artefacts to rival those found at the British Museum it does still make for a very arresting sight. It is not just the beautiful sweep of vines that lies in front of the château. Nor is it just the modern sculpture that sits there. No, it is the vibrant yellow colour scheme that will first catch your eye.

How and when did this property acquire such a visually distinctive facade? And, more importantly, what of its wines? Under the management of a branch of the Tesseron family, the same family that has propelled Château Pontet-Canet to stardom, should we expect the same brilliant quality as we find at its Pauillac half-sibling? I look at all these questions in this profile, but first off I start, as always, with some detail on the estate and its origins which are, in this case, complex and somewhat convoluted.

The origins of Lafon-Rochet date back to the 16th century, when the land here was part of a vast estate, the Fief de la Vallée Roussillon, which came into the ownership of Janot Bernard de Leyssac in 1557. Janot was a wealthy merchant, and he proceeded to enlarge his estate with the purchase of a number of adjacent plots, thus setting the scene for the creation of Lafon-Rochet as we known it today. He eventually bequeathed his impressive estate to his daughter Françoise, who subsequently went on to marry Hellies de Lahaye in the latter years of the century. The two established themselves as proprietors of the estate and cared for it for many years. Françoise survived her husband, who died in 1593, and went on to partition the estate between her children. One part, commonly referred to as Rochet because of the rocky soils that existed there, was ceded to her daughter, Adrianne de Lahaye. She married Charles de Guillamotes and the Rochet component thus subsequently passed to Etienne de Lafon, a local parliamentarian of some standing, when he married Charles’ daughter, Antoinette de Guillamotes. It was this union, one bringing the name of Lafon and one the land named Rochet, that was the beginning of Lafon-Rochet. 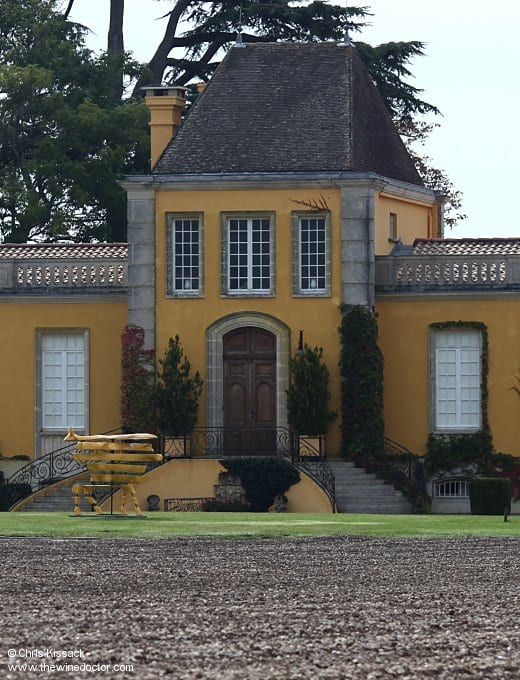 Having produced no heir Antoinette de Guillamotes made plans for the estate to be returned to her family upon her death, but perhaps unsurprisingly this process led to a legal struggle for control of the land, with the late Antoinette’s family on one side and Etienne, who had survived his wife, on the other. The result of this struggle was that the estate was partitioned even further, and Etienne was left with an even smaller plot. Nevertheless, it was precisely this plot that became the Lafon-Rochet of today.