Located just to the south-west of the town of Saint-Estèphe, Château Haut-Beauséjour is one of the less well known properties of the Saint-Estèphe appellation. It has no grand château about which to boast (one reason why the label displays only a coat of arms) and you are unlikely to ever be invited to visit. Nevertheless, despite this, critics and visitors to Bordeaux have for many years been afforded a taste of the wine. This is because for many years the estate was in the hands of Champagne Louis Roederer, who also own Château Pichon-Lalande, alongside another Saint-Estèphe estate, Château de Pez. Anyone calling in on Château Pichon-Lalande to taste the wines was likely to be first offered samples from their Saint-Estèphe wines.

After some years holding onto all three domaines, however, in more recent times the owners of Château Pichon-Lalande decided to rationalise their vineyard holdings, and Château Haut-Beauséjour was sold. Before coming to details of the owners today, however, I first present this estate’s brief history. 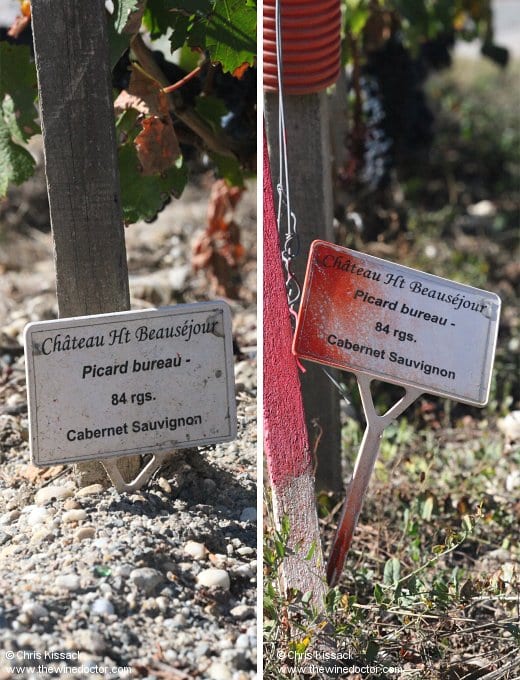 The estate as we know it today was born in 1992, thanks to an early foray into the world of Bordeaux by the Rouzaud family who would, many years later, go on to acquire Château Pichon-Lalande. It was Jean-Claude Rouzaud, who at the time was head of Champagne Louis Roederer, that struck the deal with the Brossard family, purchasing two small estates, both of which had been classified in the 1932 Cru Bourgeois classification (this was many years before that classification collapsed and was reborn in its current form). These two properties were Château Picard and Château Beauséjour. Under the direction of Jean-Claude the two estates were fused, a small part was sold off, and what remained was christened Château Haut-Beauséjour.