For many years the wines of Château Lilian Ladouys were not ones that I frequently encountered. Imagine my surprise, then, when I was one day confronted by a line up of recent vintages, a mini-vertical no less, at a tasting in London. Nonchalantly chewing a stick of gum, the woman behind the bottles was pouring the wines in the most laid-back, disaffected manner possible. Her attitude was disconcerting, as she seemed to show no interest in the tasting, nor in how the wines were showing. In a way, her manner seemed to reflect the wines themselves, which had a similarly disenfranchised feel to them. I wasn’t impressed; overall the wines seemed weedy and uninteresting.

I am quite sure that this state of affairs would have continued; when domaines get into a rut, it can be a gargantuan task to change course. What is often required is a change of owner, somebody willing to enforce progress and improvements; that usually means financial investment, which means that nowadays we look to the world of business and finance, whether in individual or corporate form, for new investment in Bordeaux. The acquisition of this château by Jacky Lorenzetti in 2008 might be just the ticket here. There is, I sense, a glimmer of hope on the horizon. 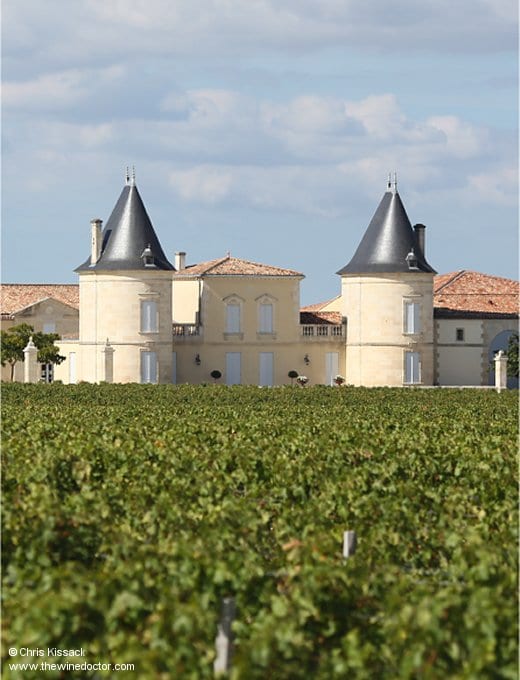 What is known of the history of Château Lilian Ladouys begins in 1654, when the property was in the ownership of Jacques de Bercoyan, a Bordeaux magistrate. By this time the estate was known more simply as La Doys, an obvious precursor to the Ladouys of today, although the origin of this name remains unclear. From Bercoyan the estate passed to the Barre family who acquired it during the 18th century, and who maintained their dominion over these vineyards for 150 years. Under their tutelage the estate grew to an admirable 60 hectares, and gained a reputation for wines of high quality judging by the opinions of the time, which tended to rank the wines of the estate considerably higher than most would place them today. In 1850 Cocks et Féret, the Bordeaux bible of the 19th century, ranked the estate among the very best in St Estèphe.