The little village of Pez, near St Estèphe, is home to a number of cru bourgeois properties, most little-known when compared with the superstars of the same commune, the likes of Montrose, Cos d’Estournel and Calon-Ségur. Perhaps the most widely appreciated is Ormes de Pez, a château which, through the quality of its wines and perhaps also its membership of the Union des Grands Crus de Bordeaux, seems to have a broad and appreciative following. Just next-door, however, is Château de Pez, an estate which, since the takeover in the 1990s by the Rouzaud family, perhaps better known for their successful stewardship of Roederer, is increasingly worthy of our attention. 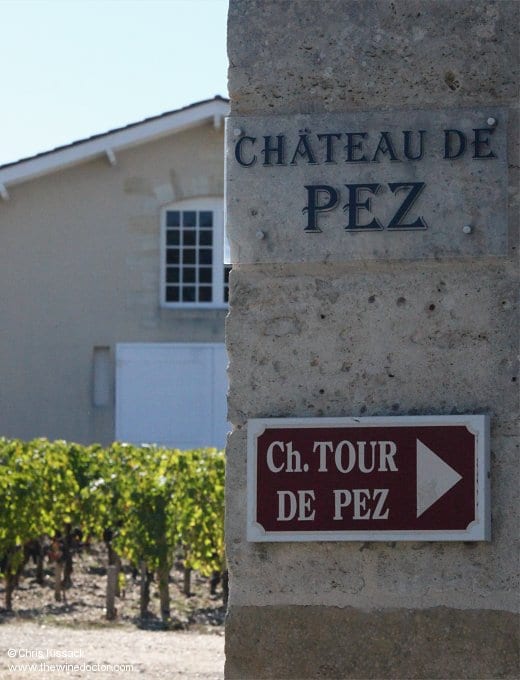 The estate dates back to at least the 15th century, giving some credence to the claim that Château de Pez is, along with Château Calon-Ségur, one of the oldest properties in St Estèphe. History tells us that in 1452 the estate was in the ownership of Jean de Briscos. Exact details of how the property then passed to subsequent owners are unclear, but by 1526 the proprietor was named Ducos, and by 1585 it was in the hands of Jean de Pontac. The Pontac family are, of course, best known for their long association with Château Haut-Brion. It is perhaps unsurprising that it is Jean de Pontac who is credited with establishing viticulture on the Pez estate.