The origins of Château Haut-Marbuzet lie in the 18th century, when much of the land around the hamlet of Marbuzet in the commune of St Estèphe was in the ownership of two families. The first is a familiar name, it being none other than the nobleman Alexandre de Ségur, who held sway here until his death in 1776, when his lands were divided and sold. These lands were acquired by Marc-Antoine Domenger, who was régisseur at Latour, and subsequently gave rise to Château Le Crock, now owned by the Cuvelier family of Léoville-Poyferré, as well as Château de Marbuzet.

The other name, perhaps not so familiar and yet of certain interest to us here, is Sylvester Fatin, who bequeathed his lands to his daughters in 1770. In 1825 these vineyards came to the MacCarthy family, Irish immigrants that included among their number not only wine merchants but also the chairman of the Bordeaux Chamber of Commerce. It was the MacCarthy estate that would give rise to the Chateau Haut-Marbuzet we know today, although not until the middle of the 19th century. Its genesis came about as the result of the new Napoleonic laws which abolished primogeniture and decreed instead that inherited estates must be divided between all potential beneficiaries, each taking an equal share. As a consequence, in 1854 that the MacCarthy vineyard was partitioned into 17 separate parcels, and it was one of these parcels that would become the Haut-Marbuzet of today. 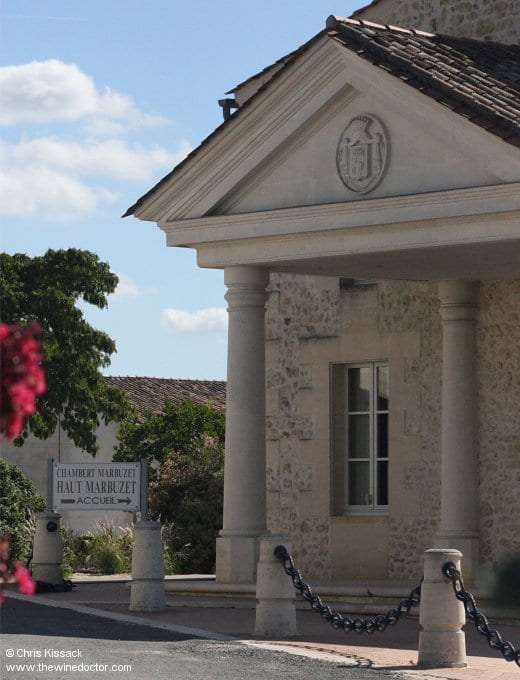 The parcel in question was purchased by a gentleman named Poissonnier and in 1930 the son-in-law of his descendents were still running the vineyard, and they were doing quite well too it seems. They sold their wine for bottling as a generic to a certain Hervé Duboscq, who legend has it had progressed from life as an illiterate shepherd at the age of nine to eventually head up a successful business buying, blending and shipping wine. By the 1950s he was the largest exporter of Bordeaux to London, not bad for someone who, as a boy, was no doubt more familiar with the lambs of Médoc than its wines.