From now on, I shall not be able to look at a bunch of grapes without seeing him (Lichine) and his big dogs, so found of the parish priest’s chickens. In this context, an agreement has been reached whereby the priest is to receive one bottle of wine for every chicken killed by his dogs and he will celebrate a special Requiem Mass for each dog killed by one of the chickens.

So wrote the American humourist Art Buchwald of Alexis Lichine in the visitor’s book of Château Prieuré-Lichine, and it is only right that I open this profile by casting the spotlight in the direction of Alexis Lichine. For many years he and Château Prieuré-Lichine were effectively synonymous, as for much of the second half of the 20th century one was the proprietor of the other. Alexis Lichine rescued this now-renowned property from a state of ignominy, during the 1950s, when it boasted nothing more than a nubbin of vineyard and some dilapidated buildings.

As always though, we should not begin with this relatively recent tale of revitalisation. Instead, let me first look back to the origins of this vineyard, which begin in an ecclesiastical fashion, with the Benedictine monks of the Abbaye de Vertheuil, near St Estèphe.

The history of Château Prieuré-Lichine dates back, rather unsurprisingly given the nod to a prieuré in the name, to the existence of a Benedictine priory that owned this land during the Middle Ages. The priory in question was at Saint-Didier de Cantenac, and a modern-day remnant of this religious settlement still exists in the form of the Église Saint-Didier, located next-door to Château Prieuré-Lichine. This priory and church were established by the Benedictine monks from the Abbaye de Vertheuil, to the north. This was during the 11th century, and the arrival of the Benedictines was naturally associated with the creation of a vineyard. 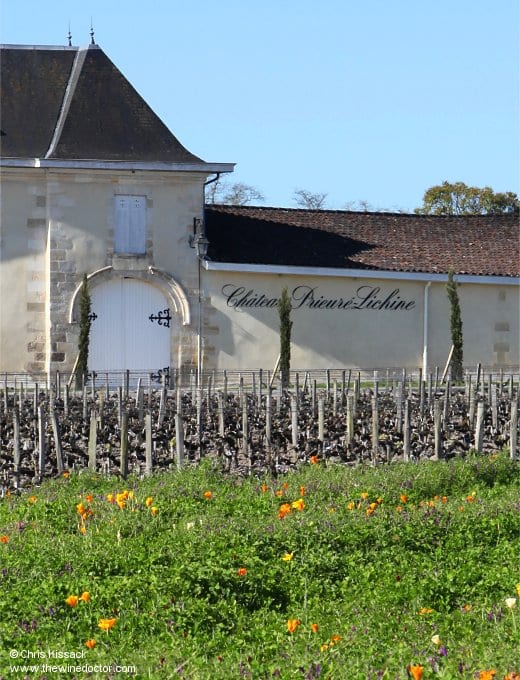 The Benedictine monks first cultivated grapes in order to have wine for dinner and for religious ceremonies but, as the centuries passed, it was also sold to laymen, providing a very useful source of income for the monks. The first indication that the wine was being traded in this manner comes from import records held in Hull, in the United Kingdom, which describe the wine of the Prieuré-Cure in 1444. It must have been a good way of life, as wine remained a focus for the monks, alongside the cultivation of other crops, right through to the 18th century. The only significant change in the estate that dates to these early years was the sale of some land sometime during the 16th or 17th centuries, land which eventually came into the hands of the Monteil family and then Antoine François Pouget, giving rise to Château Pouget.