Château Pontet-Canet is one of Pauillac’s many cinquième crus; this ‘lowly’ status was attained in the 1855 classification despite the proximity of the vineyards to some of the most exalted in all Pauillac, in particular Château Mouton-Rothschild which lies just a two-minute walk to the north. Its story has not been an easy one, the current tidal wave of successful vintages coming on the back of decades of under-performance; indeed, during the mid-20th century Château Pontet-Canet was nothing more than a brand name for a functional non-vintage table wine which was bottled purely for the purpose of slaking the collective thirst of diners on the French railways. If the premier cru classé estates were the aristocrats, enjoying their cocktails and canapés, revelling in the grandeur of their wines, than Château Pontet-Canet was perhaps the poor relative, a distant cousin, unshaven and unkempt, who didn’t have a job and couldn’t spare the change for a drink. The fact that he could be found right next-door only added to the embarrassment, perhaps. 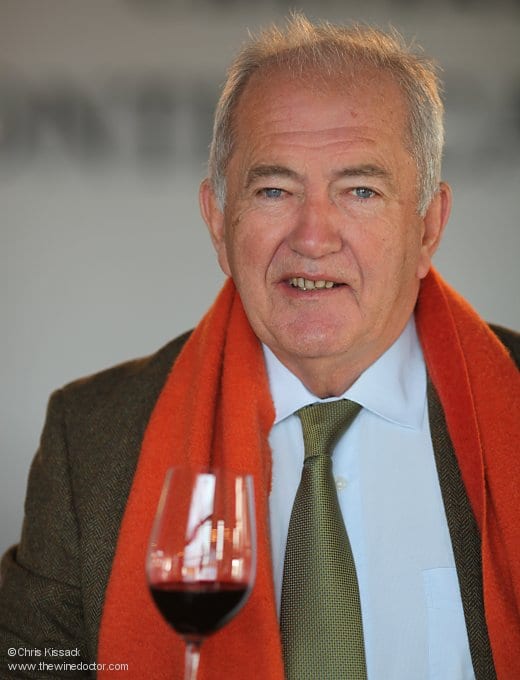 But that was thirty or more years ago, and those times have now long passed. The wind of change that has blown through Bordeaux over the last fifty years lifted a lot of cobwebs from the corners at Château Pontet-Canet. The instigator of this sweeping redevelopment was at first Guy Tesseron, although it was only when he was succeeded by his even more dynamic son Alfred Tesseron (pictured above, holding a barrel sample of the 2012 vintage) that the revolution really began. Alfred remains in charge today, aided by manager and winemaker Jean-Michel Comme, and for years he was assisted in this project by his niece, Melanie Tesseron, but since 2016 his daughter Justine Tesseron has had a more notable presence at the estate. But before we look at the work of the Tesseron family, and the astonishing success story they have written for the Château Pontet-Canet of today, we should perhaps look back to its very beginnings. This means a trip back in time to the early 18th century.