The archetypal image of a Médoc château is engrained on our mind’s eye; at the most basic level it has walls of pale stone topped off with slate, but there can be many complexities of course, perhaps the occasional turret leading up to a dark and yet decorative witch’s hat roof, or – depending on the era of construction – perhaps a mansard roof to match those on the great boulevards of Paris. There are plenty in the Pauillac appellation to choose from, with Château Latour (so often ignored – I suppose the dovecot is slightly more photogenic), Château Pichon-Baron, Château Pontet-Canet and Château Grand-Puy-Lacoste being some very obvious examples.

Head south-west out of Pauillac on the D206 and you will soon encounter another fairly typical example, that of Château Batailley. But then take a left, and before long you will catch sight of a very atypical Médoc château. It will appear on the right, and is notable for its rendered finish detailed with red brick and white stone, and along one side there is a huge wooden veranda. This was once painted red and this, in combination with the earthy, terracotta-brown of the roof tiles, gave the property a rustic appearance more akin to an outbuilding at Château Smith-Haut-Lafitte than a Médoc grand cru classé estate. These days the veranda is painted a gleaming white, and now I can’t help think the building would not look out of place on a Kenyan game reserve. Sun-downers on the veranda, anybody? 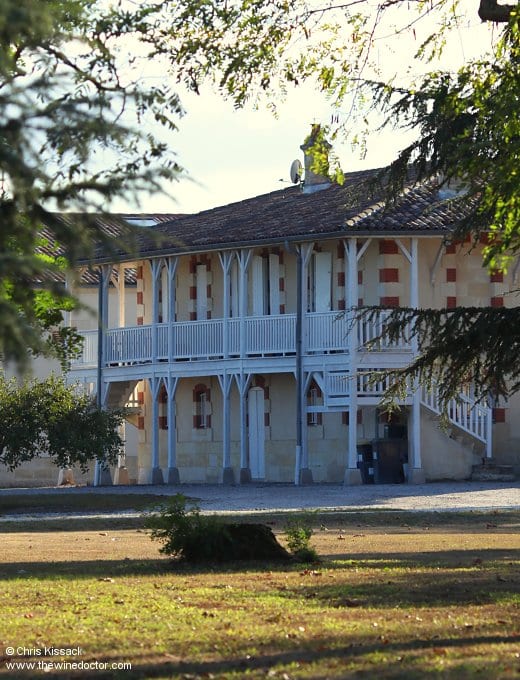 What you have discovered, however, is not the Smith-Haut-Lafitte tractor shed, nor an end-of-day refuge from the big game of the African bush, but one of Pauillac’s many fifth growth grand cru classé estates. This is Château Haut Batailley, the smaller sibling of neighbouring Château Batailley. These two estates were once one, and only split in 1942. Thus much of this estate’s history is as for Batailley, from its possible Medieval origins through to the early 20th century, before the division, when it was under the control of two brothers by the name of Francis and Marcel Borie. Let’s begin with the origin of the unified Batailley estate.