The Bages plateau, which lies between the towns of Pauillac, to the north, and St-Julien-Beychevelle, to the south, is named for the family that owned this land in the 16th century. The exact details are scant, as it seems there are no original documents pertaining to this great estate, only historical references published much later, in the 18th century. Nevertheless the influence of the Bages family is still very tenable today; just a short walk through the vineyards to the south of Pauillac is the village of Bages itself, situated on a gravelly rise which, although not of great altitude, in this coastal landscape of gently rolling gravel mounds it affords as good a view over the Gironde as you are likely to find. Closely dotted around there are numerous châteaux and vineyards that clearly declare this rare vantage point as their home; Chateau Lynch-Bages, Chateau Haut-Bages-Libéral, Chateau Cordeillan-Bages (perhaps better known as a swish hotel, than as a wine-producing estate), Chateau Haut-Bages-Averous and, of course, Chateau Croizet-Bages.

Although there were vines planted here as early as the 16th century, it was not until the first half of the 18th century that the land and vineyards came into the ownership of two brothers, Pierre and Bertrand Croizet. These brothers were local officials; Pierre was the eldest, and a clerk of the court, whereas Bertrand, born seven years after his brother, was a notary, although with time they both took on important roles in local government. With their acquisition they brought together the vineyards and land to form a rather handsome estate named Croizet, a forerunner of today’s Croizet-Bages. 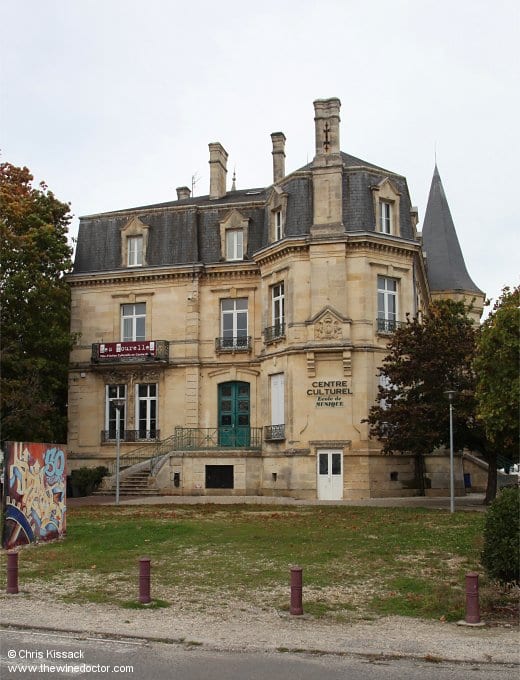 Under their tenure the estate’s raison d’être was its wine, and they were selling what they had for between 370 and 420 livres (the currency that preceded the franc) per tonneau, a tonneau being equivalent to four modern-day barriques. Despite enjoying some success, at the turn of the century the property changed hands, the new owner being a Gascon named Jean de Puyterac. He remained proprietor until 1853, very shortly before the 1855 classification was delivered, at which point the estate came into the hands of Julien Calvé. Within a year of two of making the purchase the estate was therefore classified as a fifth growth, confirming the opinion of Wilhelm Franck who had ranked this estate at a similar level in 1815. Under Calvé’s directorship the property was rechristened Croizet-Calvé in 1868, and a handsome château was built on the Rue Edouard de Pontet in Pauillac.