In the latter of these three stories, Holmes makes a thorough examination of footprints in the snow near the scene of the crime. What, I wonder, would Holmes have made of the footprints left around Château Batailley one crisp and cold afternoon a few years ago? The owner wore a size 10 shoe, but curiously perhaps had only one leg, his left. Had this one-legged criminal hopped through the château, looking for secret documents and valuable coronets to steal? Probably not; I am sure Holmes would have immediately deduced that the explanation was much more straightforward. The owner of said shoe, who might just go by the name of Kissack, had parked his hire car alongside the vines that sit opposite the château. Stepping from his hire car his left foot had sunk more than nine inches into a bank of soft, rain-sodden mud, which immediately enveloped his boot and the bottom of his trousers. Mystery solved. Time to get back to the violin and the opium. 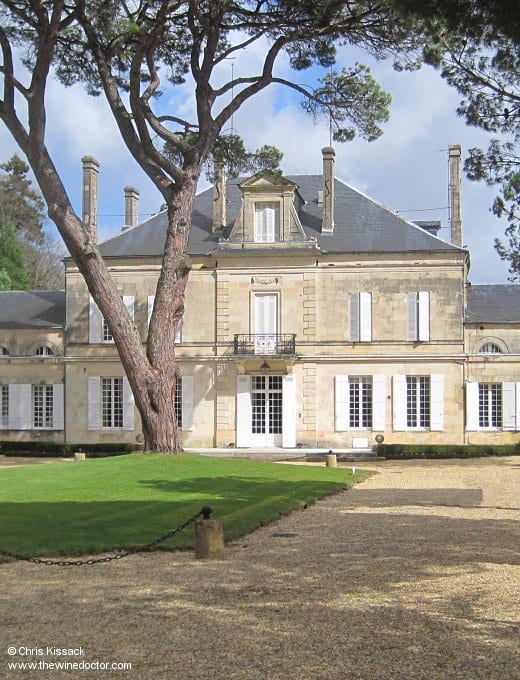 It’s a fair cop; Holmes would have been spot on with his deduction. Some say you should make your mark in life. Well, that day I certainly made my mark on Château Batailley. And Château Talbot. And Château Lafon-Rochet. And indeed any other château I may have had cause to visit during the rest of the day. And so I learnt two valuable lessons on this visit to Château Batailley; never trust a muddy vineyard, and always wear boots to Bordeaux. But enough of this flippancy; let us look now at Château Batailley in more detail, and we begin in a perhaps familiar fashion, as this estate has a shared origin with neighbouring Château Haut-Batailley.