Around the corner from Château Mouton-Rothschild lies another property which, since 1933, has been in the hands of this particular branch of the Rothschild family. And it is an estate worth making a detour to view, as the château here is unlike any other that you will see anywhere along the length and breadth of the Médoc. Construction started in 1820, and came to a halt in 1830, with half the château – the left-hand half, as you view it from the road – completed (as pictured below). I am sure that, once times were less hard, the d’Armailhacq family thought that they would finish their grand residence, adding a right-hand half to match. Sadly, this time never came, and what stands today is half a château.

Perhaps sadly is not quite the most appropriate word to describe the failure to complete this building. I personally find great delight in the presence of this half-château nestled in among some of the grandest addresses of the Médoc. And as the estate has been under the direction of the Rothschild family for more than eight decades now, the investment and drive here is second to none, and that means the wines more than hold my interest as well. This is an estate well worth knowing especially as, like Château Clerc-Milon, it is often more affordable than the wines made at some neighbouring estates.

The name of Armailhac – or Armailhacq, to be precise – first crops up in the 17th century with two brothers Dominique and Guilhem d’Armailhacq, who worked as pilots on the Gironde. One of these brothers – the records seem unclear as to which one – acquired some land around Pauillac through marriage. The land he acquired would one day find its own identity, as the vineyard of Château d’Armailhac, although at this time there were no vines here, and it was not long before his estate was absorbed into the much grander dominion of Nicolas-Alexandre de Ségur. 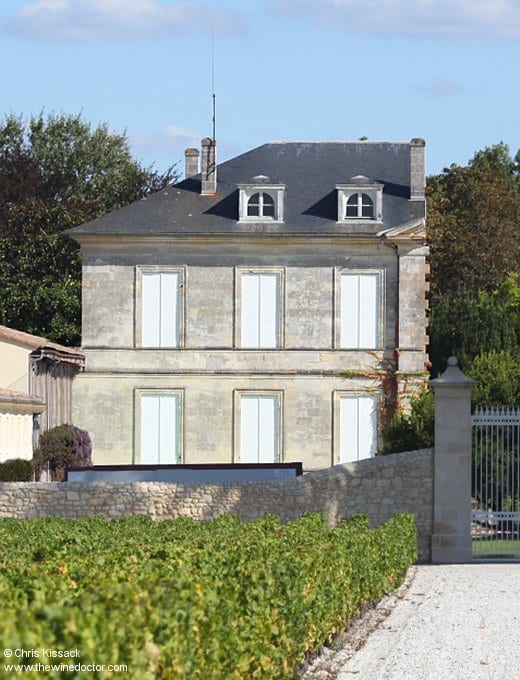 It is perhaps not surprising that Nicolas-Alexandre took possession of the estate at this time; he was an extremely influential figure, the noble son of Alexandre de Ségur and well known at the court of King Louis XV. Born in 1697, Nicolas-Alexandre crops up in many château profiles on this site; his rich portfolio of vineyards and his immaculate appearance led to his being named the Prince des Vignes by his king. The exact story of how this name allegedly came about is described by Hugh Johnson in The Story of Wine (Simon & Schuster, 1989), and is recounted in more detail in my profile of Château Lafite-Rothschild. The jewels in his holdings were of course Château Lafite-Rothschild and Château Latour, estates which he held in his possession for many years, but he was also the proprietor of d’Armailhac it seems, for some time at least.