You can imagine the scene. Or at least I hope you can, because I wasn’t there, so we are going to have to imagine it together. We are in a very clean-and-clinical tasting room, all stainless steel sinks and white laminate worktops, somewhere in central London. Gathered together within this sanctuary are some of the great and the good of the Bordeaux-interested London-based wine scene, some of them Masters of Wine, all of them deeply familiar with what Bordeaux has to offer. The task in hand? A blind assessment of the 2005 Bordeaux vintage, all finished now, with only the labels to be revealed. The tasters had swirled and slurped their way through dozens of wines, and were now eager to see the identities of the five-star wines, an unprecedented 25 of them. Of these wines, only three were unanimously ranked as five stars by everybody present. The covers are slowly removed. Wine number one is revealed to be……. Château Mouton-Rothschild. Murmurs of appreciation fill the room. Wine number two is revealed to be……. Château Pichon-Baron. Sighs of mutual admiration can be heard. Maybe a back or two received a gentle pat. And now for the identity of wine number three……. Château Pédesclaux.

Yes, Château Pédesclaux, a little-known Pauillac fifth growth, was ranked alongside not only Château Mouton-Rothschild and Château Pichon-Baron but also the likes of Château Rauzan-Ségla, Château Margaux and a host of other top names; the unloved Château Pédesclaux wiped the floor with the likes of Château Latour and Château Lafite-Rothschild, both rated at less than five stars. Sales of the 2005 vintage naturally went through the roof, and suddenly it seemed as though Château Pédesclaux had come of age. But where had this rarely-sighted estate come from, what was its story, and why the sudden success? Surely the château with the dubious honour of maintaining the lowest profile of all the classed growth estates in Pauillac couldn’t really be an unrecognised substitute for Château Mouton-Rothschild or Château Pichon-Baron, could it? 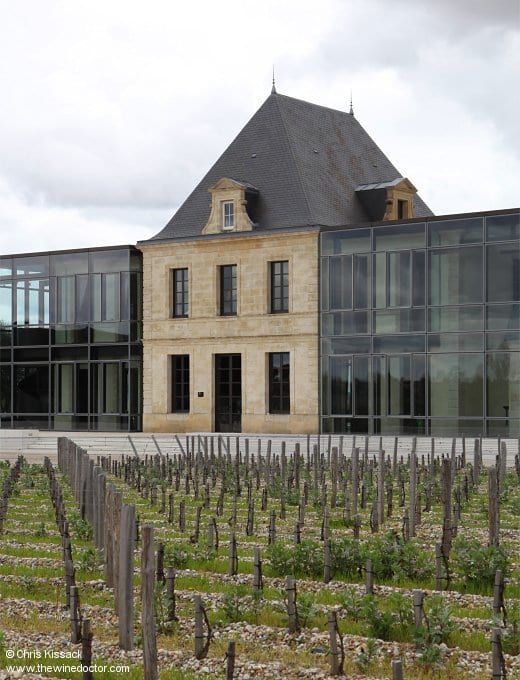 The Pédesclaux estate dates back to at least 1810, when Pierre Urbain Pédesclaux (born c.1788), a Bordeaux négociant, acquired vineyards from the Grand Puy estate. At the time it was increasingly common that well-off négociants would dip their toes into the world of vineyard ownership. There was a ‘wealth vacuum’ consequent upon the execution, incarceration and/or taxation of France’s nobility and aristocracy following the Revolution, and the newly successful merchant class were only too ready to fill this role. The acquisition of land, and perhaps the construction of an elegant château, was a clear statement that you had ‘made it’, and were no longer a mere merchant or trader.