Although classified as a fifth growth, Château Lynch-Bages is one of those properties which illustrates the single most important failing of the 1855 classification; although some aspects of the classification remain quite applicable today, many do not, and the track record of over-performance exhibited by Lynch-Bages in many vintages is one such aberration.

When I first set about learning about Bordeaux, Château Lynch-Bages was a real insider’s wine; those with more experienced palates than my own at my local tasting group – surely the best way to learn about these increasingly expensive wines – would rave about Lynch-Bages, or “Lunch-Bags” as it was affectionately known. These old sages clearly knew a good wine when they tasted it, and had long recognised that under the tenure of the Cazes family this grand cru classé estate, ranked as a cinquième cru, was in fact turning out wines more befitting of a deuxième cru. Indeed, some regard a number of older vintages from Lynch-Bages as capable of challenging the first growths, when tasted alongside.

Today the property remains in the hands of the Cazes family, and quality can still hit the occasional high, although it is perhaps no longer the insider’s wine it was once. But before I explore the wines of the modern-day estate, first a little history and other relevant information. If any of the words below feel familiar, it is because of the shared history with Château Lynch-Moussas.

This estate clearly has some link with the Lynch family, a notable local dynasty descended from an Irish soldier by the name of John Lynch. This particular Lynch was a descendent of Hugo de Lynch, a general who had landed on British soil with William the Conqueror in the 11th century. The Lynch family were installed in Ireland by the 12th century, and they lived there for several hundred years. This peaceful existence came to an end during the 17th century, however, as a consequence of the Williamite War between the Jacobites and the forces of the Protestant William III, Prince of Orange. The decisive battle in this war was the Battle of Aughrim in 1691, and following William III’s victory John Lynch – like numerous other catholic soldiers – fled for France. Many ended up in Bordeaux. 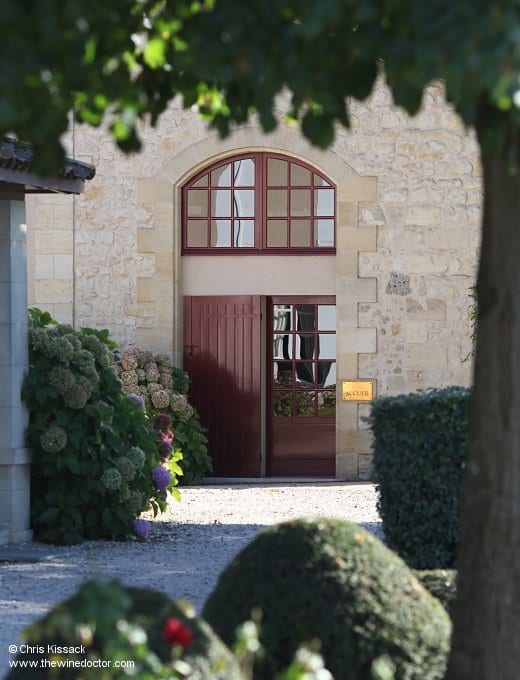 John seems to have adapted well to his new life, and he soon established himself as a trader of textiles, wool and leather in the bustling port of Bordeaux. He soon put down roots in his adopted country, marrying a local girl named Guillemette Constant in 1709, and together they had three children. There were two sons, Thomas-Michel and Jean-Arthur, and a daughter named Jeanne-Catherine. Of these, it was Thomas-Michel who seems to have been the most active in vinous circles. In 1740 Thomas-Michel Lynch married Elizabeth Drouillard, the daughter of Pierre Drouillard, a Treasurer of France and proprietor of a considerable Bordeaux estate. This included land he had purchased from a merchant named Bernard Déjean in 1728, land which, as I have described in my profile of Château Grand-Puy-Ducasse, originally came from a man named Guiraud, whose estate dated back to the middle ages. In 1749 two significant events occurred; first, Pierre Drouillard died, and Thomas-Michel and Elizabeth inherited his estate. Second, they were blessed with a son, named Jean-Baptiste Lynch. He was one of many children; indeed, the total number of children that came from the marriage may have been as many as eight.