The appellation of Pauillac is one of grandeur and scale. That this is true should perhaps not surprise us; after all, ever since Philippe Rothschild succeeded in his campaign to have Château Mouton-Rothschild elevated from deuxième cru to premier cru in 1973, the commune has been home to no less than three of Bordeaux’s five premier grand cru classé estates. These are, of course, the aforementioned Mouton, but also Château Lafite-Rothschild and Château Latour. Admittedly, the first growths are not blessed with the grandest residences; those châteaux that sprang up later – especially Château Pichon-Baron and Château Pichon-Lalande are probably more imposing – but they still cut the mustard, especially Lafite-Rothschild with its lone but broad tower with pointed roof, and Latour with its grand dovecot. Indeed, it is an appellation where even quite ‘lowly’ cru classé estates, such as Château Pédesclaux, have a convincing stone-built château. 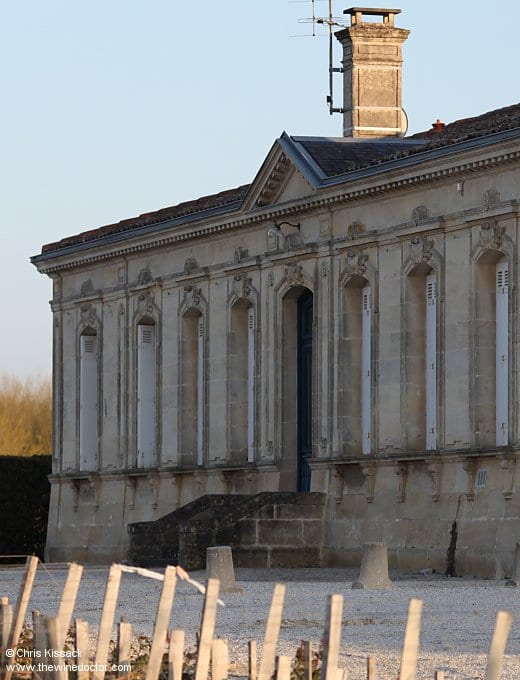 Another feature of the Pauillac appellation, albeit one inexorably intertwined with the existence of all these grand châteaux, is status; this, like St Julien to the south, is grand cru classé territory. Those estates that made it into the 1855 classification of the Médoc now dominate, the lesser crus – those that might today vie for position in the annually renewed Cru Bourgeois classification – are surprisingly small in number. Writing in Bordeaux, Ses Environs et Ses Vins (Féret Fils, 1850), Charles Cocks lists dozens of growers dotted around the various hamlets of Pauillac, which includes Milon, Bages, Au Pouyalet, Saint Lambert and Pauillac itself. Some have very large production figures, easily matching the big name crus. But whereas many of the crus – Canet-Pontet, Mouton-d’Armailhac, Croizet and so on – clearly relate to modern-day château, none of these other names today seem familiar.