I recall on one of my earliest visits to Bordeaux thinking that I might take a look at Château Clerc-Milon. I had some reason to be interested; I had tasted the wine in all manner of vintages, often alongside that of its cousin Château d’Armailhac, and found that although both had consistent appeal it was often Clerc-Milon that I preferred. I enjoyed what to me seemed to be a rather firm and cool character, a contrast to the more warm and welcoming style of d’Armailhac. And so off I set up the D2, the famed route des châteaux, turning off somewhere near Mousset, north of Pauillac. I had no knowledge of the exact location of the estate, but I knew it was somewhere in this vicinity. And how hard could it be to find what was surely a palatial 19th-century residence of gleaming limestone, surrounded by 40-or-so hectares of vines?

You have probably already guessed what comes next. After an hour of fruitless searching along the back streets of Lhorte, Mousset and Anseillan, the three little villages that lie north of Le Pouyalet on the D2, I finally conceded defeat. Either I had been given dubious information as to the estate’s location, or there was some mystery here. There was, it seemed, no château, not even a little maison that could attempt to fit the bill. There were plenty of vines of course, but whether or not these belonged to Château Clerc-Milon remained an unknown. There were no vineyard markers to indicate ownership, no helpful signs to hint that I might be on the right track. I gave up, but vowed to return another day, and take up the quest once again.

Many years on, I still believe that Château Clerc-Milon is a property with which all lovers of Pauillac should be familiar. Although in illustrious ownership (it is part of the Rothschild stable that also includes Mouton-Rothschild) it hides at the fifth growth level, one of the dozen Pauillac properties that dominate – in numbers at least – this rung of the 1855 classification. But wine buyers interested in quality know that this ancient classification cannot be relied upon, and that there are many châteaux that are outperforming their rank; Château Lynch-Bages is a classic example, as is the recently reinvigorated Château Pontet-Canet. And, while I accept that the quality here might not challenge that found at the Pauillac super-seconds or first growths, based on my assessment of the wines I have long been content to recognise Clerc-Milon as another over-achiever. 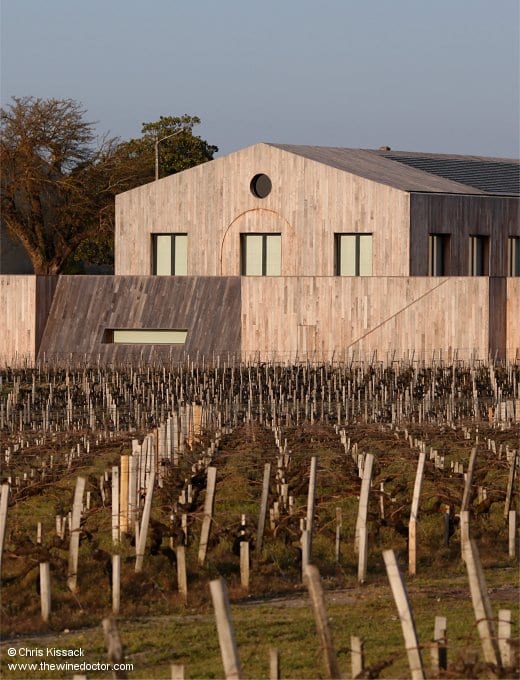 In recent years Château Clerc-Milon has seen some significant reinvestment from its owners, and although there will never be a grand château built here, the property is now blessed with one of the most striking winemaking facilities on the left bank (pictured above). The Rothschild family are taking Clerc-Milon very seriously indeed, paving the way for even higher quality in the future. Even though I knew I liked the wines of this estate when I first tried to track it down, more than a few years ago, it seems that maybe things are set to get even better here. But this tale of reinvestment and reinvigoration is a very recent chapter in the story of Château Clerc-Milon. Before we come to that, we need a little history; let us start at the beginning, with Jean-Baptiste Clerc.