Château Lascombes has its origins in at least the 17th century, when the land here was owned by the Durfort de Duras family, a name most commonly associated with the story of Château Durfort-Vivens. This family held sway over huge swathes of land in the Médoc, and had done so since at least the 12th century. At some point before 1750 their land around modern-day Margaux was divided, creating two distinct properties; as we would expect one was the forerunner of the modern-day Château Durfort-Vivens, while the other was to become what we know today as Château Lascombes.

After the division the latter portion was acquired by the Lascombes family; the most significant among their number was Jean Lascombes, a prosecutor at the Bordeaux Admiralty who may have inherited the property from the chevalier Antoine de Lascombes (born 1625). Surprisingly, bearing in mind that the estate still bears their name many centuries later, the estate did not remain with the Lascombes family for a great length of time, but during their tenure it did pass through the hands of several family members.

The first of these was Jean-François de Lascombes (1735 – c.1783) who was presumably the son of the aforementioned Jean. Like his father he was also a local politician and a prosecutor at the Bordeaux Admiralty, as well as being a member of the Académie de Bordeaux. He first married Antoinette Souliact in 1763, followed by a second wedding to Marie Valerie Lynch (1747 – 1771) in 1768. This more recent union produced a child, a daughter named Anne Valérie de Lascombes (1765 – 1788). During the tenure of Jean-François de Lascombes the property, like many in Margaux at this time, came to the attention of the courtier Labadie, as he drew up a report on the estates of the region for the Intendant Général of the Guyenne in 1776. 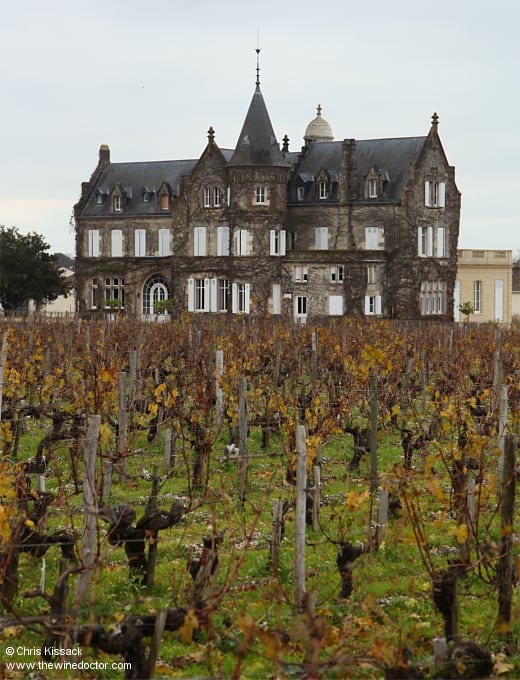 Labadie ranked the estate as a deuxième cru in the commune, a judgment based on the wine’s sale price of 750 livres per tonneau, a figure half that achieved by Château Margaux, but more than most of its peers. Perhaps buoyed by this success, in 1780 construction of a residence began. The exact date which Jean-François died is not known, but it was some time around 1783, as by this time possession of the property had passed into the hands of his sister, Marie. We know this because she placed the property up for sale, and the new owner was none other than Nathaniel Johnston, the négociant firm established by the Scottish-Irish immigrant William Johnston. The Lascombes era was over, although their name would remain forever attached to the estate and its wine.