I am not sure whether it was impatience or anxiety, but last year I delved into the deepest and darkest recesses of my cellar to pull out eight wines, all Chinon, all from the 2005 vintage, all at the time not quite fourteen years of age. One year too early, you might say.

If it was anxiety, I need not have worried. The wines, from some of the most highly regarded vineyard sites in the Chinon appellation, and from some of the very best domaines, were all in tip-top shape, with no signs in any of them to suggest imminent decline. Indeed, not only were they in good shape, but all the wines looked to be still in the ascendant, still rich with texture to give and tannin to shake down, before they hit that Cabernet Franc silky sweet spot which only comes with age. 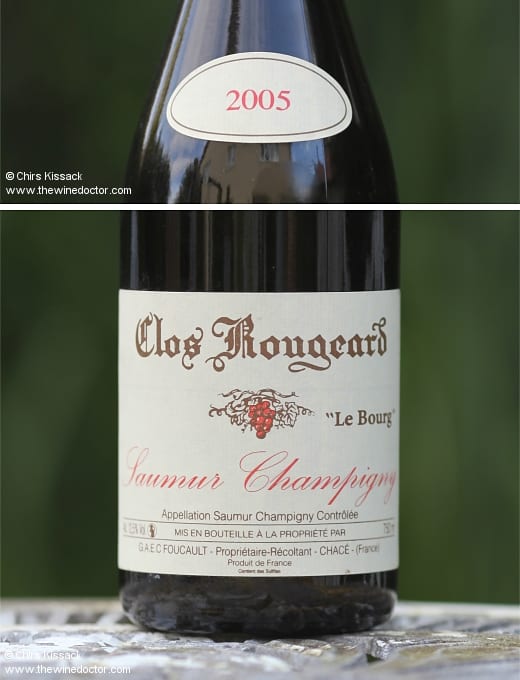 While this might be expected from the limestone cuvées, from the vines high up on the slopes above the Vienne (well, as high as you get in this corner of the wine world – it’s not quite the hill of Hermitage) the fact that it could also be said of Philippe Alliet’s Vieilles Vignes and Bernard Baudry’s Les Grézeaux cuvées, both from vines on the valley floor, was also very reassuring. The former hails from sandy soils at Briançon, the latter from a rich gravelly terroir opposite Bernard’s house, a stone’s throw from the domaine on the road to Cravant-les-Coteaux. Conventional wisdom says both should be drunk young, or certainly not this old. Conventional wisdom, on this occasion at least, appeared to have been wrong.