Which wines spring first to mind when you think of the Loire Valley? For many I suspect Sancerre would be one, perhaps along with one or two of its Sauvignon Blanc counterparts. After all, Sancerre is one of the region’s largest, most famous and commercially most successful appellations. Travel back in time forty years, however, and many drinkers (in the UK at least) would perhaps have first suggested Muscadet. In a nation undergoing a vinous democratisation, this was a wine of inoffensive neutrality which even complete novices could understand. This was all before the quality nosedived, and the appellation tumbled from grace. Today’s Muscadet scene, driven by a band of vignerons dedicated to capturing the essence of their minerally terroirs, is very different of course.

There are one or two other wines that might also spring to mind, starting with Chinon, the region’s best known red wine appellation, significant even if it is something of a niche interest in a world where drinkers seem obsessed with Bordeaux, Burgundy and Barolo. Or, if it is aristocratic longevity you seek, perhaps Vouvray should be on the list. After all this is, to quote Philippe Foreau (pictured below), France’s most ageworthy white wine. It can outpace Burgundy and even, dare I say it, the sweet wines of Sauternes in the cellar.

Who thinks of sparkling wine though?

If you do, it is surely in the shape of Saumur. While mere mention of this word would provoke dreams of Clos Rougeard for many of us, there is no denying the fact that for many drinkers Saumur means bubbles, les bulles as they might be referred to locally. And this is hardly surprising; Saumur is France’s second largest region for sparkling wine, second only to Champagne itself. And it has been a meteoric rise to stardom; only two hundred years ago there was barely a remuage rack or a muselet to be seen in Saumur. It was only after a young Flemish man named Jean-Baptiste Ackerman arrived fresh from Champagne, in 1811, that the scene was set. He was perhaps drawn here by the region’s pre-existing reputation for quality wine, what surely attracted Ackerman was the huge network of underground tunnels and galleries, cut from the limestone rock. He had seen such cellars before, filled with bottles of Champagne, and it inspired him to try his hand at making sparkling wine here in Saumur. 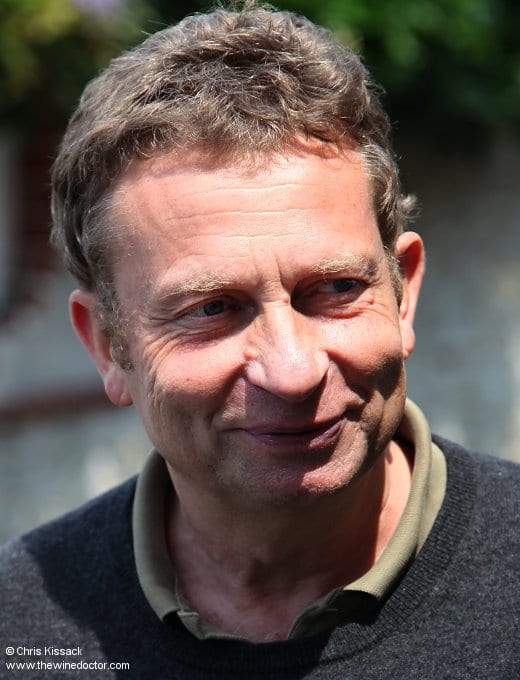 Today sparkling wine is big business, with as many as 1,400 hectares of Saumur’s vineyards dedicated to the production of the wines. Sparkling wines are not limited to Saumur though, as they can be found throughout Anjou and the Nantais (as Crémant de Loire, or Vin de France), in Touraine (in Vouvray, Montlouis and Touraine, even from the vineyards around the Loir) and beyond. In these regions production may be consequent upon the aesthetic beliefs of the vigneron, but just as often the decision can be commercial. Looking specifically at Vouvray, for example, the production of sparkling wine here dates back to the time of Charles Vavasseur (if the name is not familiar, check out my Domaine Huet history). According to Auguste Chauvigné, writing in Monographie de la Commune de Vouvray et de son Vignoble (Péricat, Tours, 1908), Vavasseur was having difficulty selling his wines, especially dry wines and those from lesser sites, and the production of sparkling wine was his solution, one that turned out to be very successful. Today many Vouvray domaines have one or more sparkling wines in their portfolio, which more often than not takes fruit from lesser terroirs, younger vines or that which is less ripe.