One glorious feature (one of many, obviously) of the Loire Valley is the diverse array of grape varieties that are cultivated here. A handful are of great commercial importance, and in this group I would include Sauvignon Blanc, Chenin Blanc, Melon de Bourgogne and Cabernet Franc. These four varieties dominate the vineyards, and as a consequence entire regions and appellations depend on them for their existence. Melon de Bourgogne is the grape variety of Muscadet of course, while Chenin Blanc and Cabernet Franc dominate in the Loire heartland of Anjou and Touraine, although both can also be found in the Atlantic vineyards, especially down in the Fiefs-Vendéens, where they serve as the basis for some very attractive wines. As for Sauvignon Blanc, although this variety is best associated with Sancerre, Pouilly-Fumé and the remaining central vineyards, it is also prevalent in Touraine, and less significant plantings crop up in Anjou and again even in the Nantais.

Other varieties are not perhaps of such great commercial significance to the region as a whole (although obviously every individual vine is of commercial significance to its owner), but they are of huge cultural significance. The very history of the Loire Valley is intertwined with its broad array of grape varieties, their presence here in each case telling us something new, something of how the Loire Valley grew to become, as a wine region, what it is today. These varieties include, looking at the whites first, Sauvignon Gris, Menu Pineau (also known as Arbois), Chardonnay, Verdelho, Romorantin, Chasselas, Folle Blanche, François-Saint-Meslier, Tressallier (also known as Sacy) and even Pinot Gris, all of which pop up somewhere or other along the banks of the Loire. This is before we consider varieties planted for vin de pays, which also introduces to the mix Viognier, Marsanne, Roussanne, Aligoté and more. Some of the reds are no less esoteric, although the selection is perhaps slightly less broad. Along with the varieties all wine drinkers will instantly recognise, such as Pinot Noir, Gamay (in a variety of guises, not just good old Gamay Noir) and Cabernet Sauvignon, we also have Côt (the local name for Malbec), Pineau d’Aunis and Grolleau. 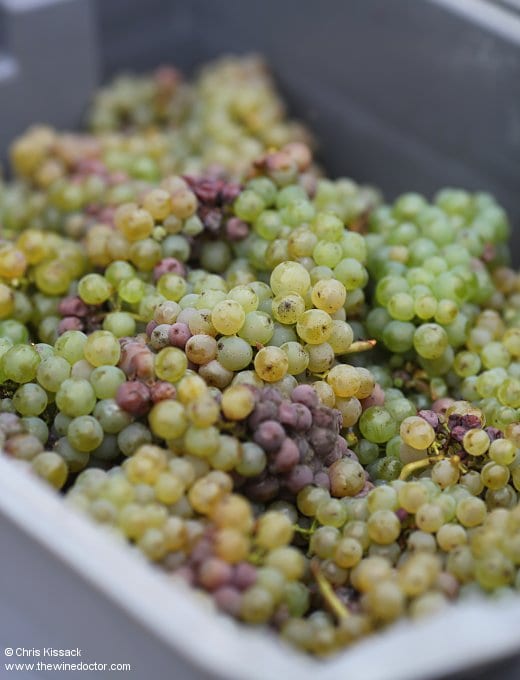 To ignore these more idiosyncratic varieties, to wish them gone as some wine critics seem to do, is to ignore history, to whitewash an entire region according to today’s instantaneous desires. But there is no role here for high-octane, butter-oaked Chardonnay, creamy Californian-style Cabernet Sauvignon or similar internationally-styled, ‘manufactured’ concoctions, a fact for which we should perhaps all be grateful. This is a region that will always resist such bland homogeneity. It is in the Ligérian blood to do so!