The Mondot secteur of St Emilion, which lies on the east side of the town, has for a long time best been represented by Château Troplong-Mondot, which sits on the crest opposite Château Ausone. In this very prominent position, supported by the efforts of some of its neighbours which include Château Pavie-Macquin and even Château Larcis Ducasse, which has a couple of parcels up on this section of the plateau, it sends out a clear message regarding the fine quality of these vineyards.

A number of châteaux follow the lead of Château Troplong-Mondot, declaring their allegiance to this little corner of St Emilion. Most notably there is La Mondotte, once an overlooked domaine which Stephan von Neipperg wanted to amalgamate with Château Canon-la-Gaffelière, but he was prevented from doing so by the INAO on the grounds that the terroir was entirely different. Ultimately this worked to his advantage, as he poured money and effort into the estate instead, and it rocketed to premier grand cru classé level B in the 2012 St Emilion classification. On the eastern side of the secteur, there is L’If, where I imagine Jacques Thienpont perhaps felt he would rather continue the tree theme, in keeping with his Pomerol estate Le Pin, rather than the Mondot theme. Next-door, however, there is the little-known Château Bellisle-Mondotte. And on the southern edge of the secteur, teetering on the brink of the plateau, there is the rather dilapidated Château Bellevue-Mondotte (pictured below). 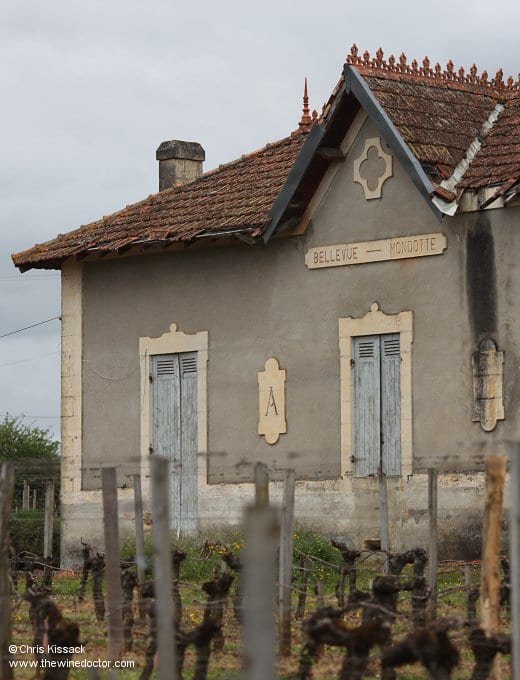 Château Bellevue-Mondotte is a tiny domaine, a fact which no doubt contributed to its having wallowed in complete obscurity during most of its existence. It was only a change of hands, which came in 2001, which suddenly raised its profile. It has burst onto the Bordeaux wine scene, the ultimate new-wave micro-cuvée, a freshly reborn poster child for the modern style of Bordeaux. The new proprietor was (and still is) Gérard Perse, best known for his tenure of Château Pavie. And, if you are one of those folks who feel that the Pavie of today is Bordeaux on steroids, don’t say anything until you have tasted the wines of Château Bellevue-Mondotte.