Up on the plateau of St Emilion, arguments rage about ratings and rankings. Some have questioned whether or not Château Pavie and Château Angélus deserved their elevation in the 2012 St Emilion classification. Others have pointed to estates with more exulted terroir, such as Château Figeac and Château Canon, and questioned why they have not been awarded the same accolade. Such decisions throw open to question which is more important in such classifications, terroir, taste or price? The casual observer would think, for all the publicity and column inches devoted to these classifications, the promoted (and occasionally demoted) châteaux and their proprietors, they were the be-all and end-all of St Emilion.

Of course they are not; there is much more to this appellation than the plateau and côtes, and the jostling crowd of supposedly superior grand cru classé and premier grand cu classé estates. Even the markedly enlarged 2012 revision of the St Emilion classification, which saw many promotions (and even a few demotions….well, three), still only describes one-quarter of the vineyard land within the appellation. In what remains, the vast majority of the region, where basic St Emilion and St Emilion Grand Cru (this latter appellation may sound grandiose, but the term grand cru is ultimately rather meaningless here) are the appellations of choice, there are hundreds of vignerons working hard to eke out a living. And there are good wines to be had here, a fact that some becomes evident when you begin to visit these estates, and taste them. And, just as importantly, they are often sold at a very appealing price. 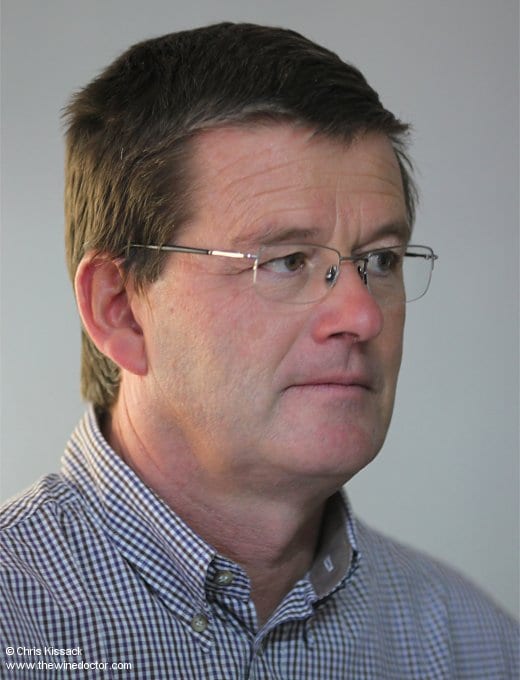 This profile deals with one such estate, Château Val d’Or, and its modern-day proprietor Philippe Bardet.