The St Emilion appellation is broad and complex, a great patchwork quilt of vineyards, châteaux and cellars spread across 5,500 hectares of the Bordeaux region. While everybody (even me!) knows all the premier grand cru classé estates, from Château Ausone through to Château Valandraud, we must not forget that beyond the most famous names there are hundreds of other little-known domaines, some of which are turning out very admirable and often (for Bordeaux) affordable wines. No matter how many years I hope to spend exploring its land and its wines, I expect I shall never know every cru, every vineyard and every domaine.

Of course, that won’t stop me trying.

This complex diversity was brought home to me more than a few years ago now when I first encountered the wines of Château Tauzinat L’Hermitage. Despite never having previousy encountered the wines of this estate, it was clear on tasting them that this was an interesting new data point in my personal understanding of the St Emilion appellation. And despite the domaine’s relative obscurity today a little research soon revealed that it has a long history, having appeared in various editions of Cocks et Féret since the 19th century. This is no newcomer to the St Emilion wine scene.

The Cru de Tauzinat L’Hermitage is one of the most ancient crus of the region, inhabited since at least 1670. It is said that it was named so partly for the Tauzinat oaks that graced the property, while Hermitage presumably related to the remote, hillside position of the residence. Up to 1789 it was in the hands of the noble de Carles family, in particular one Comte Jacques-Amédée de Carles (1724 – 1803), who also pops up in the histories of both Château Figeac and Château Beauséjour Héritiers Duffau-Lagarosse. He was also maréchal de camp and then lieutenant-général in the army of Louis XVI (1754 – 1793), the reigning king when revolution swept across the country. 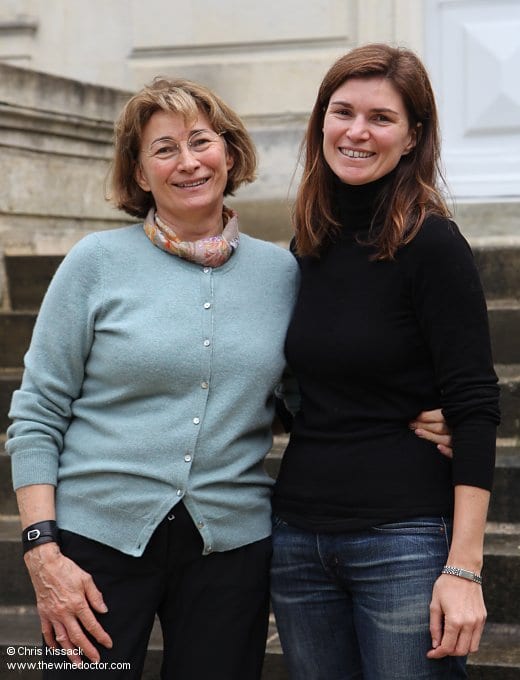 Subsequenty the estate seems to have come into the hands of the Cazebonne family, by which route I can not be sure. The vineyards were replanted during the 1860s by Monsieur J.-T. Cazebonne, the choice of varieties Cabernet, Merlot and Malbec. From this proprietor the estate then passed into the possesion of the Boisard family.