I think I had tasted its wine at least a dozen times, and driven past the châteaux without realising it a dozen more, before I woke to the presence of Château Puy-Blanquet on the road heading out from St Emilion towards St-Genès-de-Castillon. Indeed, it is a rather shy property, in several ways. Even when visiting Bordeaux the only place you are likely to encounter a bottle is at the Moueix offices down on the river front in Libourne, this estate having been an exclusivity of theirs for many years now.

Even if you decide to visit the property you might struggle to spot it, as I did for many years. The château itself is set well back from the road, nestled behind a copse of trees, and the only clue to its presence are the rather understated gateposts which stand guard at the end of the driveway. Each post bears a sign fashioned from a ribbon of cast iron, moulded to shape; the one on the right reads Puy Blanquet, the only clue to the château’s location. The other, on the left reads Jacquet, proprietors up until the point the property was sold in 2020. 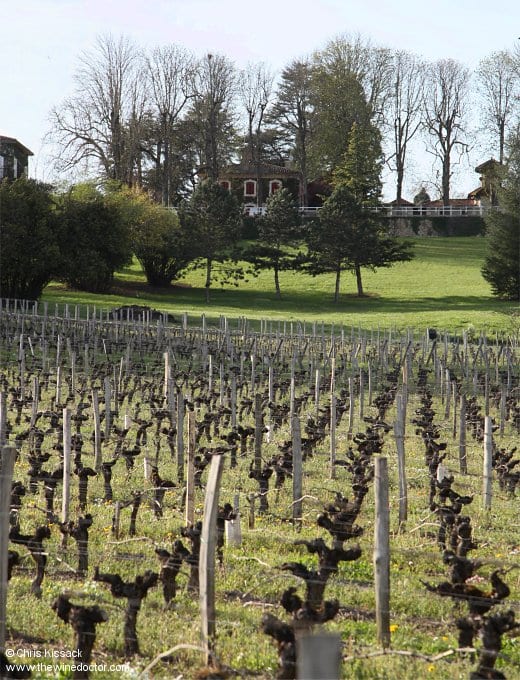 It was only in the 1950s that the Jacquet family held the reins here; prior to that, the château was in the possession of some of the region’s most notable names, and the 2020 deal saw the estate return to the hands of some of these prior owners. Before exploring this in more detail, however, I present the property’s early history.