On the road heading east out of the St Emilion appellation, beyond even Château Valandraud, as you approach the vineyards of Castillon, there sits a rather unprepossessing estate. There are a hotchpotch of understated, low-slung buildings (pictured below), the ruined tower of a long-disused mill (pictured next page), and almost 10 hectares of vines. For may years a great sign covering a large part of one wall declared the estate’s identity as Château Haut-Villet. Since a change in hands late in 2013, however, this estate is now better known as Château Poesia. Its prestigious limestone-rich terroir combined with new and enthusiastic management suggests this is a domaine that may be worth getting to know a little better.

The hills and slopes around St Emilion have a viticultural history which stretches back as far as the Gallo-Roman period. Ancient viticulteurs would plant vines (as well as fruit trees) in trenches hewn from the region’s limestone rock, and even today the remains of these trenches can still be seen, to the west of the town around Château Franc Mayne, Château Bellevue and behind Château Ausone. Here to the east of the town, around Château Poesia, we have another corner of the appellation with an equally ancient history. There are no limestone trenches here (at least, none that I know of) but there have been enough archaeological finds made in these vineyards to indicate that Gallo-Roman agriculteurs once tended this land. 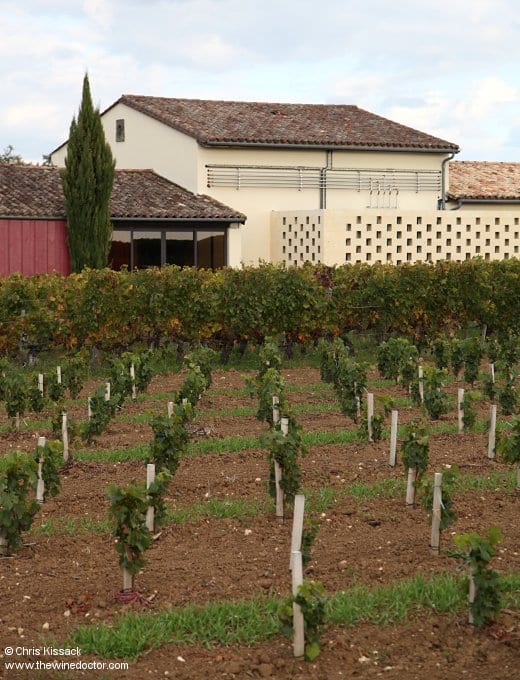 Of course absolutely nothing is known of this era, and it was not until the late-19th century that this estate first made its mark on local records. The estate was first mentioned in the 7th edition of Cocks et Féret, which was published in 1898. At this time it went by the name Moulin de Villet, and it was in the ownership of the Fournier family, who also owned Château Canon and Château Broustet. They held on to the property for much of the early 20th century, but after the 1950s it changed hands, not once but many times, and as a consequence it ended up divided between many different proprietors.