Slowly but (dare I say it?) surely, Muscadet is shaking off its old image as a wine (and indeed an entire wine region) to be ignored or even ridiculed. Today it is increasingly recognised for its dynamic developments, the vignerons of the Nantais serving up a broad array of exciting wines which seem well equipped to tap into modern tastes; they major on food-friendly freshness, they not infrequently deliver that all-important touch of minerality, and of course they always have modest levels of alcohol.

While I admire the region’s mavericks such as Marc Pesnot for their achievements in bringing some of Melon de Bourgogne’s well-hidden talents to the fore, there is no doubt in my mind that the greatest developments in Muscadet have been from those working with the appellation system, rather than outside it. The creation of the cru communal system is a marvellous accomplishment, reinforcing the message that this is a multifaceted wine region capable of producing different styles of wine. This was a major hurdle for Muscadet; the pre-existing view that the region produced just one style and one level of quality, the generic good-with-oysters Muscadet that wine writers banged on about during the 1970s (and some still do today) was holding the region back. 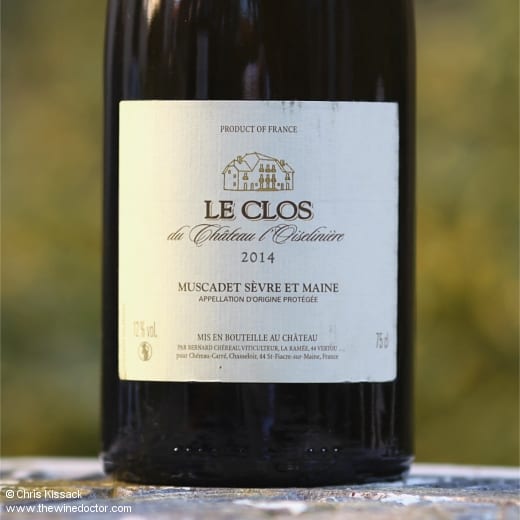 Indeed, the carving up of the Muscadet vineyard, giving us a small collection of crus (as an aside, they are occasionally likened to the premier cru vineyards of Chablis; the truth is they have some things in common, but also some fundamental differences) has arguably been the most significant change in the entire Loire Valley in the last two decades.

It is thus perhaps worth a quick recap of the cru system, as more were admitted to the cru communal ranks only last year. The first three vineyards to be ratified were Gorges, Clisson and Le Pallet, all three of which I have profiled in detail – their extent, soils, climate, regulations and the like – in my guide to the 2011 Crus Communaux. Then in 2019 after an interminably long wait (well, it felt like it) came four more, Goulaine, Mouzillon-Tillières, Monnières-Saint-Fiacre and Château-Thébaud. Once I have finished my current guide to the wines of Anjou (I’m close to finishing up in Savennières, after which I only have generic Anjou and a few more obscure appellations to cover) I will be dipping back into my Muscadet guide to add some detail on these new crus (not to mention some fascinating new detail I have on Muscadet terroirs). Finally, three others crus remain (for the moment) in the prototype stage; these are La Haye-Fouassière, Vallet and Champtoceaux.

This weekend’s wine is a La Haye-Fouassière prototype from Chéreau-Carré, where father Bernard and daughter Louise turn out a huge range of wines, and are developing their presence in the majority of the cru communal zones. This is one of a number of Muscadet domaines where the wines offer quality, value for money and ageworthiness (some of the best Muscadets I have tasted at ten years or more have been from Chéreau-Carré), and yet it continues to fly under the radar of many, I suspect because they are drawn to the region’s more cultish names such as Domaine de la Pépière and Luneau-Papin. The 2014 Muscadet Sèvre et Maine Le Clos du Château l’Oiselinière comes from old vines, aged about eighty years on average, which are planted on a south-facing slope of orthogneiss. After initial fermentation it was aged on the lees for three years, only going into bottle late in 2017. Now after a few more years in bottle it still displays a youthful straw-coloured hue in the glass, with a nose full of fresh apricot, orange peel, elderflower, vanilla and crushed chalk. There follows a pure, cool but polished palate, with a very typical structure for the 2014 vintage, the vibrant fruit substance countered by swathes of acidity and minerality, the latter element swirling around the fruit on the palate, adding a valuable dimension to the wine. In the finish it is long and full of grip. This is very good now, but I suspect this has years ahead of it yet; I think it deserves another three to five years in bottle to see what it can really do. 93/100

I see on the subsequent vintage, recently added to my cellar, Bernard has added La Haye-Fouassière in bold letters to the label. Let’s hope another decade does not pass before these other crus are ratified. (30/11/20)