It isn’t that easy, unless you have spent a long time getting to know the region first-hand, to pick out the regions and communes of the Muscadet Sèvre et Maine appellation. With a map to hand, the Butte de la Roche isn’t too difficult to spot, a spear-head of vine-coated serpentinite and amphibolite rock to the east of Nantes, surrounded by the marshy scrub of the Marais de Goulaine. Beyond that I think it gets rather difficult, although if you find it remarkably easy please bear in mind that I still need to use an acronym to remember the order in which the Cher, Indre and Vienne, three major tributaries, join the Loire. I think ‘geographically challenged’ may be an appropriate euphemism for my abilities.

One commune that is easy to spot on a map, however, is Saint-Fiacre-sur-Maine. This is because this village and associated vineyards lie on the little isthmus of land that nestles between the Sèvre and the Maine just before they meet. At the union of the two rivers which define this particular Muscadet appellation lies Château du Coing de Saint-Fiacre, a reliable address and perhaps the leading estate in the commune. Also nearby is Château de Chasseloir, one of the Chéreau-Carré estates, which sits on the banks of the Maine. Between the two is the village of Saint-Fiacre-sur-Maine itself, on the edge of which sits another significant name of Muscadet, Domaine Louis Métaireau Grand Mouton. This domaine was brought to fame by the work of Louis Métaireau, and it remains significant today, even though ownership of the estate has since passed outside the Métaireau family.

Domaine Louis Métaireau Grand Mouton has a long and impressive history; there is no more room for sheep in this story though, whatever the word mouton might suggest, than there is in the story of Château Mouton-Rothschild. Just as is the case with this illustrious Bordeaux estate, the name is a derivation of motte, meaning hill or mound. And just as the Rothschild estate is situated on a slowly rising mound of rock and earth, so too is Domaine Louis Métaireau Grand Mouton. 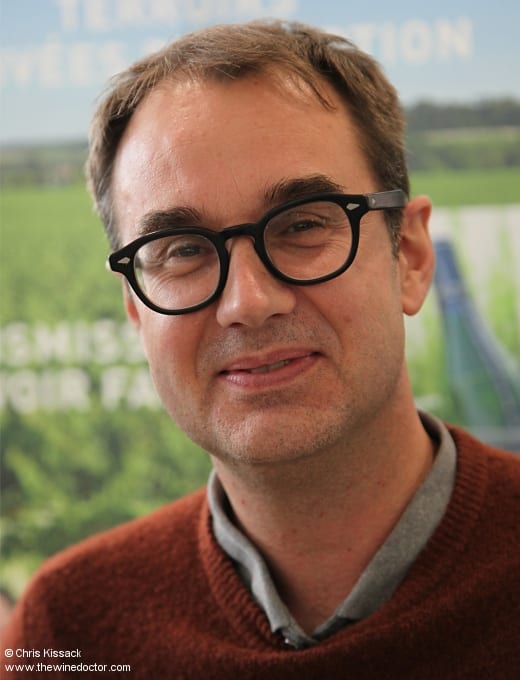 The origin of the estate lies with the Seigneurie de Gras Mouton, documents concerning which date to the late-14th century; between 1385 and 1440 the seigneurie was in the hands of Jean Le Blant and Marguerite de Gras Mouton, and their son André. The records indicate that they owned a large swathe of land and a number of valuable assets in the region, including two mills on the Maine, several fisheries, the right to collect a portion of the local grape harvest on the Clos de Vigne Blanche, and the right to collect taxes from vassals – in other words, lower-ranked noblemen – in the nearby settlements of Château-Thébaud and Maisdon-sur-Sèvre.