Vinet is not likely to be an immediately familiar name, even to a committed drinker of Loire Valley wines, unless perhaps you are a dedicated student of all things Muscadet. Nevertheless, this is a significant domaine, both within the Muscadet region, and for the influence its proprietors – Gerard Vinet, in particular – have exerted beyond the boundaries of the Muscadet Sèvre et Maine appellation.

One reason the name might not sound too familiar is quite simple. As is commonplace in the region, the original Vinet vineyard has grown from its small beginnings into a modern-day viticultural empire, one which now incorporates three large domaines, all with the Muscadet Sèvre et Maine appellation, and it is these names which take prominence on the label. If you have ever had the opportunity to enjoy a glass from Domaine de la Quilla (the original Vinet domaine), Domaine des Ratelles or Domaine Saint Martin (these were both more recent acquisitions), then it was a wine made by the hand of a Vinet that you were drinking.

As I have already hinted, though, the Vinet family have not restricted themselves to making a few bottles of Muscadet. Gérard Vinet (pictured below) assumed the office of president of InterLoire in June 2013, taking over from the outgoing Jean-Martin Dutour of Baudry-Dutour. He held the post for four years, before handing back the keys to the president’s office. The man who received them was none other than Jean-Martin Dutour again. Either the Loire Valley is short of suitable candidates, or Jean-Martin is a particularly good fit with the presidential role. 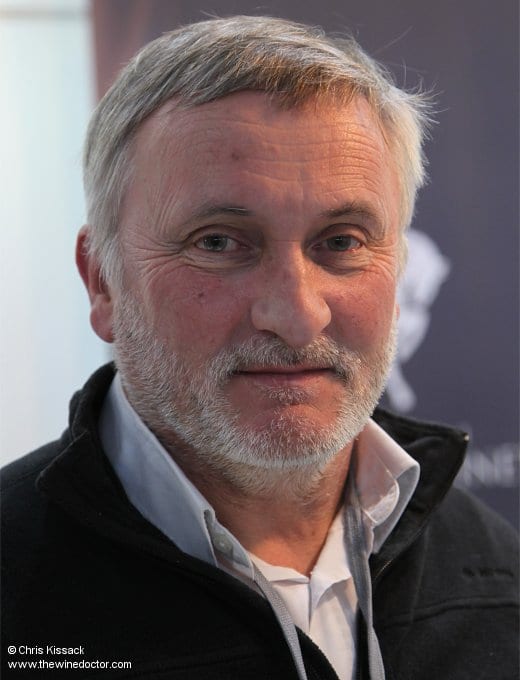 Here in this profile I explore the history of Domaines Vinet, the Vinet family, their vineyards and their wines.