The church in the centre of Mouzillon is a fairly impressive sight to behold, especially when we remember that it is less that two hundred years old. It sits near the southern edge of the village, which seems to have grown away from the church in northerly and westerly directions, along the two main thoroughfares that lead out of the little town. Sitting at least four, maybe five stories high, it towers over the surrounding buildings and car park, and can be seen from many of the surrounding vineyards, especially those to the south. Although gothic in appearance, with tall windows of ancient stained glass topped with pointed arches, and a row of flying buttresses along each side, it was in fact built in the late 19th century, in 1873 to be precise. 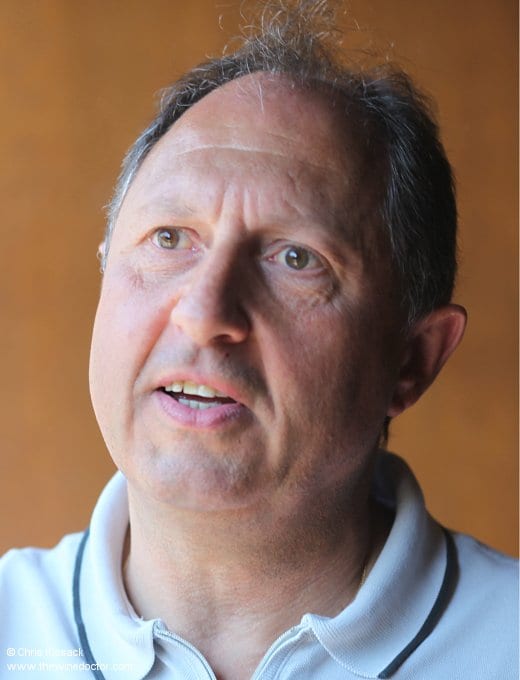 Standing in the shadow of this fine neogothic edifice was Pascal Guilbaud, a vigneron of Mouzillon. Or of Gorges perhaps. With such a significant viticultural empire – he owns three cellars in Mouzillon alone, and has more beyond the town’s boundaries – it is difficult to know exactly where to place Pascal. But it was in Mouzillon that we met, and he has no shortage of vineyards dotted around the town, and so for the moment I will think of him as a man of Mouzillon. After a brief roadside conversation we established that one of his cellars was just around the corner, on the far side of the church, and that was where we should go. A few minutes later we arrived, and as the heat of the day was beginning to build it was a relief to escape into the cool, air-conditioned environment of Pascal’s main cellar. And after the formal introductions were made, it was time to get to grips with this domaine, and with Pascal’s wines.