Every great double act has to start somewhere, and sometimes serendipity plays a significant role. Take, for example, Laurel and Hardy; Oliver Hardy (1892 – 1957) had starred in well over two hundred silent films before the collapse of the Florida film industry forced him to move to California, a decision that ultimately threw him in the path of Stan Laurel (1890 – 1965). They appeared together for the first time in Lucky Dog (1921), although not as a double act. It was only a chance meeting with the producer Hal Roach (1892 – 1992) – yet more serendipity – that brought them together as a team, creating arguably the greatest double act of all time.

The London International Wine Fair isn’t renowned for spawning classic comedy teams (you might ask if in recent years it has been renowned for anything), but in 2005 a chance meeting between two young and motivated vignerons did result in one of the more interesting projects to come out of the Nantais in recent years. They don’t seem to have any well-rehearsed slapstick routines incorporating ladders or pianos, but they still seem to be having a lot of fun fashioning an eclectic portfolio of wines from the newly defined and emerging cru communal vineyards of Muscadet. The name of these curious cuvées is, as you have surely already guessed, is Les Bêtes Curieuses. 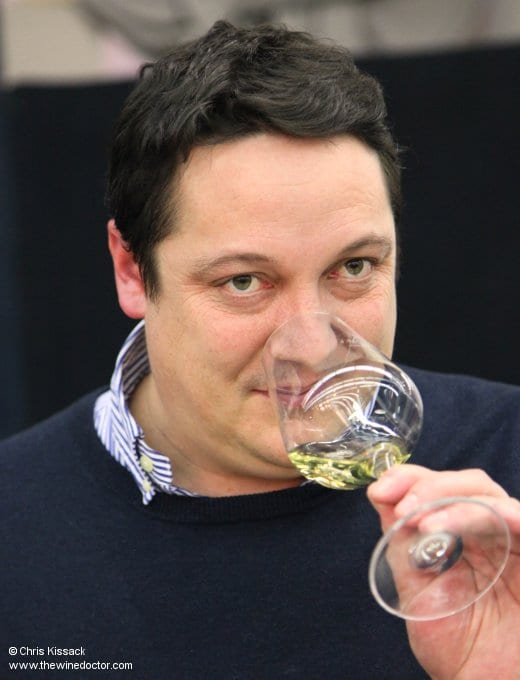 On one side of this friendship and project we have Jérémie Huchet, a Muscadet vigneron, whose family have been in change at Domaine de la Chauvinière since his grandfather Constant Huchet took the reins from his own father-in-law in 1945. Like many quality-minded young vignerons Jérémie left the region to gain some experience in Australia, before coming back to take control of the family’s vineyards, which in modern times also include Clos des Montys, Château de la Bretesche and Château de la Templerie.