If you have the good sense to partake of a glass or two of Muscadet now and again, then I suspect even the mere mention of the name of Landron is likely to quicken the pulse. After all, which Muscadet drinker doesn’t know the wines of Jo Landron, a name all committed Melon-o-philes speak of in the same breath as Marc Ollivier, Pierre Luneau-Papin or Guy Bossard. Exploring the region for the first time, more than a few years ago now, it wasn’t long before I ‘discovered’ the wines of Jo Landron for myself. Having met up with Jo many times since, I have become very familiar with his portfolio, and there has always been one wine, Clos la Carizière, which seemed to sit apart from the others. The vineyard was owned by Jo’s brother, Bernard Landron, but after the two went into a partnership it was Jo who made and marketed the wines.

Since then the two brothers have gone their separate ways once more, although the Carizière vines have remained with Jo. Bernard, meanwhile, set out to establish a new independent domaine, management of which he has since turned over to his son, Benoît Landron. And these are the origins of Domaine Landron-Chartier. 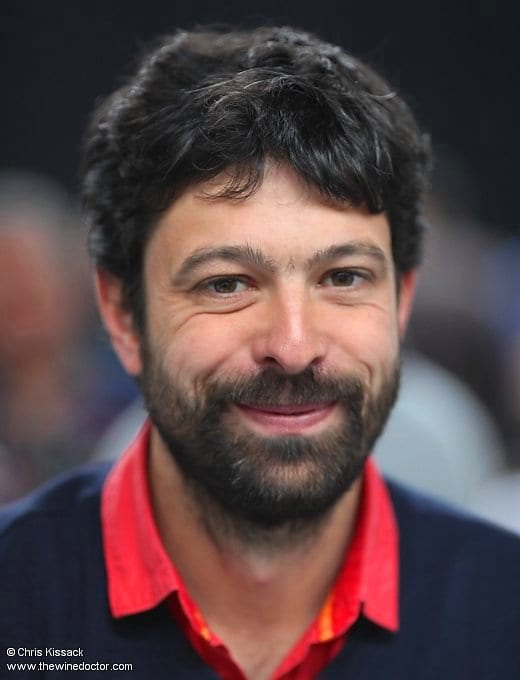 The history of the two Landron domaines begins in the period between the two World Wars, when Julien Landron acquired a farm which included 2 hectares of vines. In 1945 this smallholding was subsequently passed on to his son, Pierre Landron, father to Jo and Bernard. Under Pierre’s direction here, as elsewhere along the length and breadth of the Loire, the domaine shifted from polyculture to solely viticulture, the Landron family successfully tapping into the increased demand for the wines of Muscadet. In 1982, following the completion of his studies, Bernard Landron began to work alongside his father Pierre on the family domaine.