The story of Château Troplong-Mondot is very much a modern one, a tale of how one generation took the reins and turned a very adequate family business into a highly successful venture. And, in more recent times, how that success was rewarded with elevation in the 2006 reclassification of St Emilion, promotion from grand cru classé to premier grand cru classé, before the collapse of said system rendered all the leading estates without any valid ranking at all. It was a serious affair for the proprietors of Château Troplong-Mondot, which was promoted, then effectively demoted again with the collapse, before finally being reinstalled again in a temporary fix.

The modern story of this domaine is also tinged with sadness, because within only a couple of years of that elevation being locked in for another decade with the publication of the 2012 St Emilion classification, one half of the husband-and-wife team who propelled the estate to stardom passed away, having lost a battle with cancer at too young an age. The passing of Christine Valette left the estate in the hands of her husband, the charming Xavier Pariente. He remained at the helm for three years before he ultimately sold up, although rumours that the estate might be for sale circulated for much of this time. The new owners who took the property off his hands was SCOR SE, yet another insurance company having recognised the financial benefits of diversification into premium, highly priced wine.

Coming back to what is in the glass, in recent years the team at Château Troplong-Mondot have not only been pushing the envelope of quality, but also of style. This was particularly noticeable with the 2009 and 2010 vintages, experienced first as barrel samples, both as black as night, and both boasting considerably more than 15% alcohol. These developments have, unsurprisingly, not been to everybody’s taste. But before we begin to pick apart what is happening at Château Troplong-Mondot today, it is time first to establish a little more context, with a little history and some detail on the vineyards and vinifications.

To present a complete tale we must begin with the noble de Sèze family, in the 18th century. This family were influential landowners in St Emilion at this time, and their dominion included what is today Château Berliquet, Château Saransot and one or two others, including an estate at that time named Pavie-Mondot. This property sat atop the Mondot hill, with a number of the vineyards running down the Côte de Pavie towards the plain and the Dordogne beyond. Writing in Saint-Emilion, son histoire et ses monuments (Imprimerie Royale, 1841), the historian Joseph Guadet noted that the estate had been owned by this family for some time, and the first proprietor to be clearly identified appears to have been Abbé Jean de Sèze (born 1705), the incumbent in 1745. 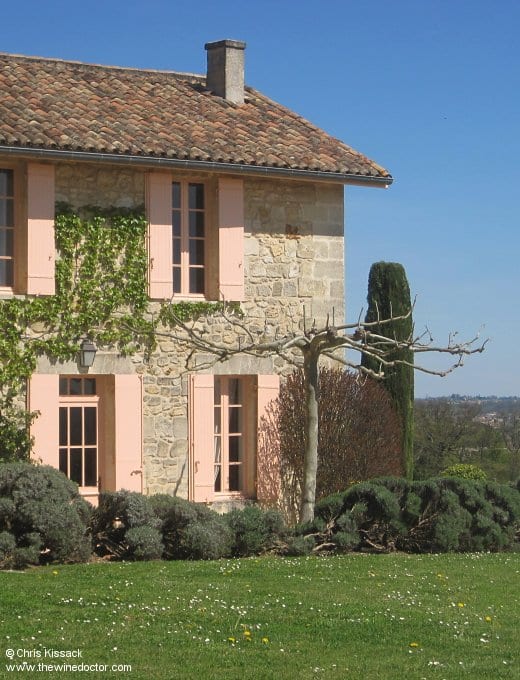 Further information on these early years comes from Bernard Ginestet, writing in St Emilion (Jacques Legrand SA, 1988), who was in agreement with Guadet. He also noted the existence of the Pavie-Mondot, and he confirmed the tenure of Abbé Jean de Sèze during the 18th century, informing us that through his loyal service to Louis XVI (1754 – 1793) the wine had become well-known at court. The abbot apparently extended the estate, buying up adjacent parcels, and he is also credited with the construction of a château on his land, the very same château (pictured above) that still stands today.