This year sees the publication of the third instalment of Liquid Gold. When I first started this annual look at sweet wines from the Loire Valley and Bordeaux the intention was to take a rather general approach, looking at the wines of a range of domaines, in various styles, and from a fairly broad selection of vintages. I started off true to that ethos, Liquid Gold 2019 being a tasting report on a fairly random selection of Sauternes young and old, beginning with the 2013 Château Climens and ending with the 1988 Château Lamothe-Guignard. So far, so good.

My intention the following year was to take a similarly deep dive into Quarts de Chaume but I realised with all the 1989s in my cellar reaching their thirtieth birthday they really deserved a moment in the spotlight. Liquid Gold 2020 was therefore a much smaller and more focused look at the 1989 vintage in the Loire Valley, featuring some of the top sweet wines from the likes of Philippe Foreau, Domaine Huet and François Pinon. The Quarts de Chaume party was delayed for a year.

This year history repeats itself, as the Quarts de Chaume report remains on ice for another twelve months (but I will get around to it eventually, honest). Following on from my report on the 1989 vintage last year it seemed only right that this year I should take a comparable look at the 1990 vintage. 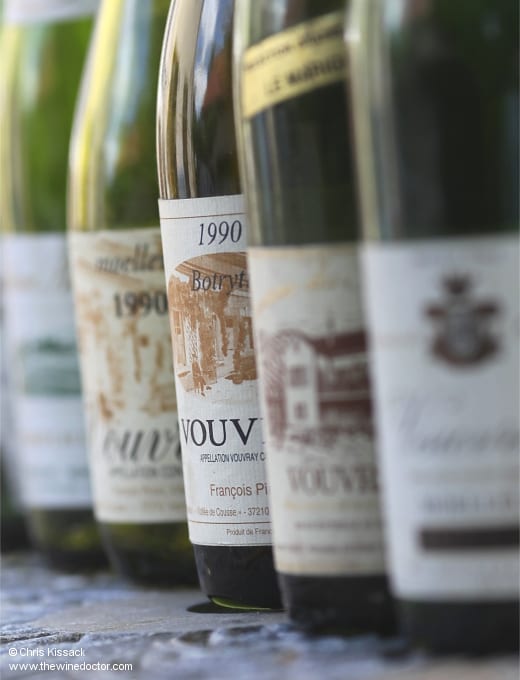 As with last year’s report the number of wines is relatively restricted, as the cellars of even the most enthusiastic fans of the Loire Valley are beginning to run dry which it comes to these two vintages (well, mine is, anyway). But I still managed to find just shy of a dozen eligible bottles. Perhaps unsurprisingly some of the domaines which appeared in my 1989 report crop up here again, most notably François Pinon and Domaine du Clos Naudin. Others, such as Château Bellerive, are old friends where I inexplicably missed the 1989 vintage (despite having stocked my cellar with older years such as 1985 and 1988). And others are less immediately familiar, such as the recently profiled Domaine Pichot.