Once a significant name in the Vouvray appellation, the Prince Poniatowski domaine is now defunct; the property was sold on, and the vineyards thus passed into new hands, ones that would appear to have considerably more skill than those of the previous owner if the quality of the wine is anything to judge by (and it usually is). The old wines have their fans, and I still have some older bottles tucked away in the cellar to see how they fair into their old age, but I see much greater quality in the current releases from these vineyards than we were seeing a decade or two ago. The proprietor was, before the change in ownership, Prince Philippe Poniatowski, a scion of the Polish royal family. Today, however, the vineyards have been absorbed into a domaine that will be well known to all fans of the Loire Valley, a certain François Chidaine. Before we come to the domaine’s sticky end though, let us first look back at the history of the domaine itself.

The title of prince was no affectation, as Philippe Poniatowski was a descendent of Stanislaw August Poniatowski (1732-1798), the last King and Grand Duke of the Polish-Lithuanian Commonwealth. Following the 1794 Kościuszko Uprising, a failed attempt to liberate Poland and Lithuania from Russian influence, the Commonwealth came to an end and Stanislaw left Poland under Russian escort, to live out his days a virtual prisoner in the Marble Palace of St Petersburg. He signed his abdication in 1795, and Poland effectively came under Russian rule, first under Catherine II, but following her death a year later under Paul I. Stanislaw died a couple of years later, of a stroke. 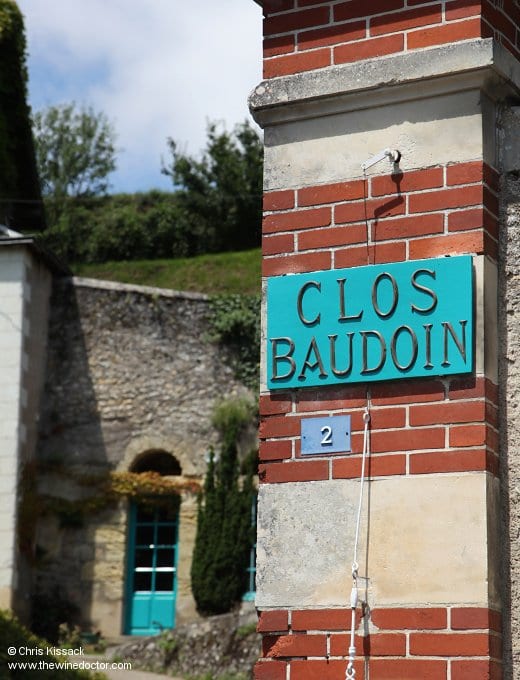 Some of Stanislaw’s descendents moved to France in 1855, and it was reputedly in a Paris restaurant, Au Petite Riche, that Philippe Poniatowski’s grandfather discovered the joys of Vouvray. In 1918 he learned that the Clos Baudoin, the vineyard from where his favourite wine originated, was up for sale; he promptly bought it, and as a consequence this particular branch of the Poniatowski family soon became better know for their wine than their royal blood. Through the latter quarter of the 20th century it was Philippe Poniatowski that was in charge at the domaine, the third generation of the family to take on the responsibility. Having spent his wartime years with the French Resistance he afterwards turned to industry, and he had great success leading a number of large French companies. In 1970, as the last company was nationalised by the French government, he looked once more for a change in direction. This time, realising that no other member of the family was taking an interest in their Vouvray estate, he turned to wine.