If you have had the good sense to consume a bottle or two of Vouvray now and again, then I expect you are probably aware of the significance of the première côte, the first south-facing slope which runs roughly parallel with the Loire, both upstream and downstream of the town of Vouvray. If you have ever been to Vouvray you may well have walked among the vines here, and if you have I would wager that it is the little section between Vouvray and La Croix Buisée, where the Clos du Bourg (Domaine Huet) is to be found, that you have visited. And if not then surely it was the section one step to the east where Le Mont (Domaine Huet again), Les Perruches (Philippe Foreau) and Les Girardières (Bernard Fouquet) are located. These are, after all, some of the appellation’s the most famous vineyards, and its most renowned proprietors.

The première côte stretches far beyond these few vineyards though, in both directions, and although these other slopes are perhaps not quite so profound as those gathered between Vouvray and Vernou-sur-Brenne, they should certainly not be ignored. So it was one day during the summer of 2014 that I found myself gently piloting my car down from the plateau past the Clos de la Venise (Jacky Blot) into the centre of Noizay, which lies about 8 kilometres upstream of Vouvray. I was en route to meet Florent Cosme, a young vigneron recently established in this distant corner of the Vouvray appellation. All I had to do was actually find him and his domaine, neither of which I had set eyes on before. 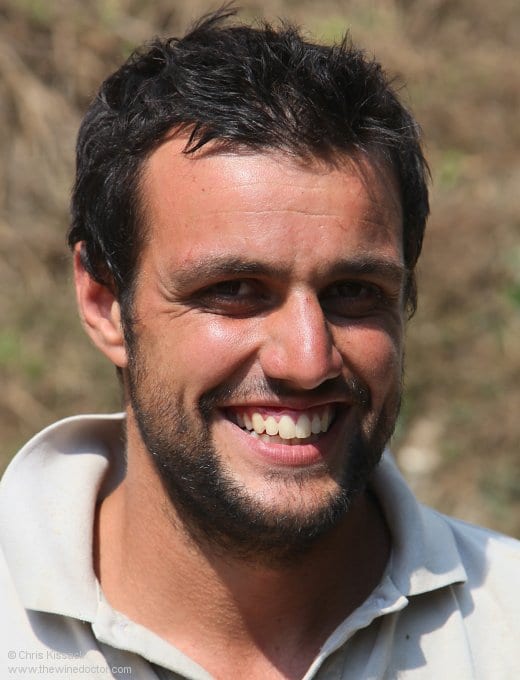 I turned right on the main road through Noizay, otherwise known as the Rue de la République, and headed back in the direction of Vouvray. I was looking for number 18, and after just a couple of about-turns I located the property in question. Well, I located a mail box with the number 18 scrawled on it in felt tip anyway; all that seemed to be associated with the mailbox was a rough track leading up to the face of the limestone scarp. The only building of note was a large shed made from corrugated steel, the roof a deeply-rusted brown, the sides open at the top. There was certainly noting here that looked like it might hide a wine press, or a row of expensive oak barrels.