Vernou-sur-Brenne and the villages that lie in and round the valley of the Brenne, to the north, can be a happy hunting ground when it comes to Vouvray. Starting with Vincent Carême in Vernou itself and heading north, you encounter some increasingly well-known names. François Pinon in the Vallée de Cousse is perhaps their leader, but there are other new and next-generation vignerons worthy of our attention up here, including Peter Hahn at Clos de la Meslerie, and Sébastien Brunet in Reugny.

And so it was that one warm summer evening I found myself in a wooded dell, heading up one of the deuxième côtes above the village of Chançay. My journey thus far hadn’t been entirely straightforward; thanks to some inconvenient roadworks I had just taken a 4-kilometre detour through the Touraine countryside, during which I was on the receiving end of some interesting Gallic gesticulations from a gang of ouvriers, possibly something to do with me driving over a newly laid section of tarmac while they were still working on it. On the plus side, however, my unscheduled magical mystery tour had introduced me to the valley’s finest château, Château de Valmer, seemingly once the property of Charles VII. 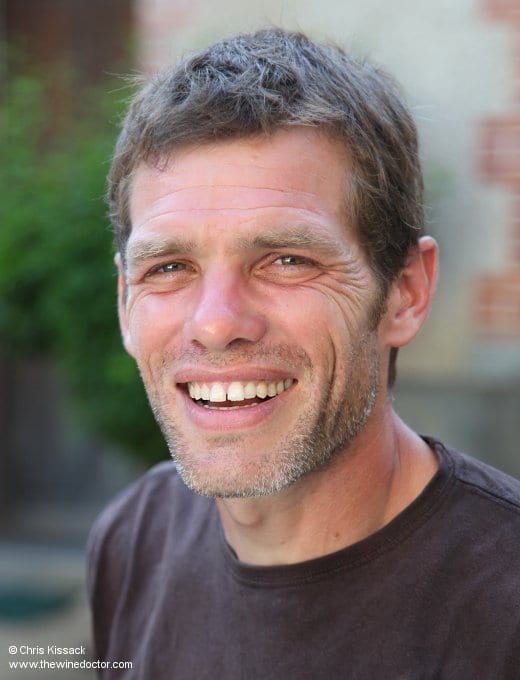 Detours aside, I was now back in Chançay, and I slowed to a halt outside Domaine Perrault-Jadaud, wedging my car nervously between two giant agricultural machines parked on the forecourt, a manoeuvre that gave me just a couple of centimetres of clearance on either side. As I alighted – slipping out of the car door, which I could barely open – there was a figure waiting to greet me, observing my parking skills (or lack of them, perhaps) with wry amusement. The figure was that of Tanguy Perrault, one of the Vouvray appellation’s young up-and-coming vignerons.