On one of my very earliest trips to Vouvray, at least a decade ago (well, more than two if I have to tell the truth), I found myself driving north out of the town on a warm and sunny morning, on the hunt for an elusive domaine. I was already late for my appointment, so there was a sense of urgency as I whizzed along the Route de Monnaie. I eventually found the domaine I was looking for (not always as easy in those pre-satellite navigation days as it is today), but not before I had also discovered, along the way, Château Gaudrelle. The Château Gaudrelle of old, that is.

The entrance to the Gaudrelle estate was impossible to overlook; on the right-hand side of a long, straight stretch of road was a tall wooden gate, flanked by two equally tall stone pillars, an imposing sight in a simple rural landscape. This was the entrance to the courtyard and winemaking facilities, while just to the right were some cast iron railings and gates, not quite as tall or imposing. Behind these lay Château Gaudrelle itself. Here, until recently at least, was the heart of the Gaudrelle Vouvray empire, at that time run by Alexandre Monmousseau. That was before the château was sold, and Alexandre was forced to relocate. But that is part of the modern history of Château Gaudrelle; first, we should look back to the domaine’s origins. 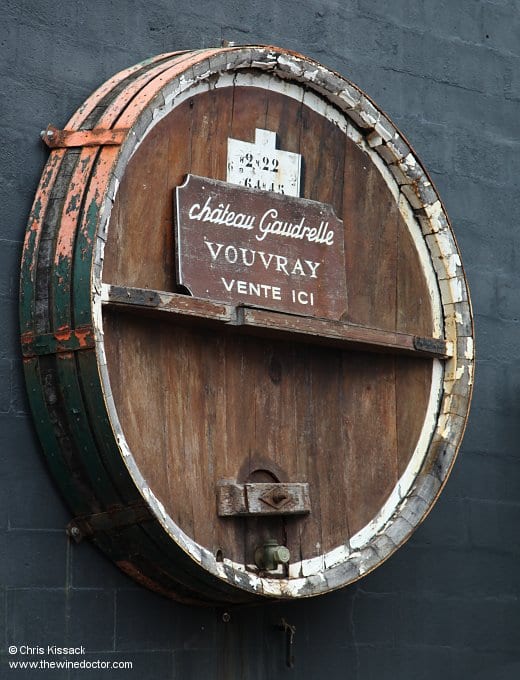 The origins of Château Gaudrelle stretch back as far as the 12th century, naturally long before the modern-day château was erected; at this time the lieu-dit is said to have been a dependency of the Collegiate Church of Saint-Martin in Tours. By 1537 the estate was in the hands of Jean Dubissier, seigneur of Gaudrelle. Later that same century the property was sold, passing from the hands of Guillaume Coliuet and Jean Marchais to Jean Lasneau, the seigneur of Cohabert.