Exhausted from the ascent, Honoré stopped at the summit of Vouvray’s première côte, surrounded by a sea of vines with the waters of the Loire now some distance below. He had never enjoyed wonderful health, the frailty he had experienced as a boy – he had once been sent home from school “in a sort of coma” – seemed to have continued on into adulthood. Even so, the climb had taken more of a toll than he had expected, and he paused here for some time, his respiratory rate gradually declining as he did so, the slightly dizzy feeling passing just as quickly as it had come.

The great river below was a fabulous sight, but this was not the reason Honoré had made the climb. Rather it was the château that sat before him, a pretty affair with glistening grey-white walls, its pointed roofs sparkling under the sun’s rays, that had induced him to begin the ascent. Any regret that he had made the ascent was now evaporating as quickly as the beads of sweat from his brow, as this was a truly beautiful building. But this was no mere sight-seeing trip. Honoré was on the hunt for country lodgings, his dream being to spend his winters in Paris, but to pass his summers breathing in the tranquil air of the French countryside. The château (pictured below) was called Moncontour, and Honoré had already fallen in love with it.

The man in question was no dreamer, but Honoré de Balzac (1799 – 1850), one of France’s greatest novelists and a major influence on many other famous 19th-century authors including Émile Zola and Marcel Proust. Assisted by his friend Jean Margonne (who, as it happened, was also his mother’s lover) Honoré did indeed scour the Loire Valley looking for a summer residence, the house-hunt detailed by Robert Ranjard in La Touraine Archéologique (Éditions Régionales de l’Ouest, 1994). According to Balzac himself, in Lettres à L’Etrangère (Calmann-Lévy, 1850), he wanted a “petite maison à Paris, petit castel en Touraine”. Touraine was certainly a natural choice for him, as he had been born in Tours, and he knew the Moncontour estate well. His description of the château in his novel Femme de Trente Ans was nothing less than glowing, and it was clear to all that Honoré (pictured below) was enamoured with the property. It came as no surprise when he decided he should buy it. 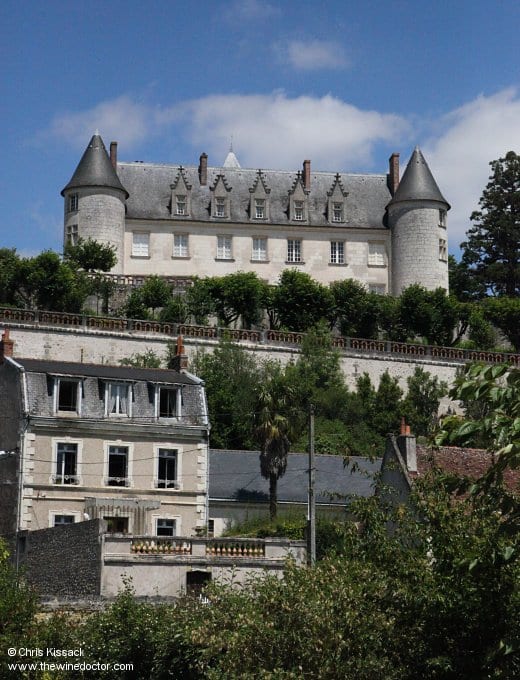 He set about convincing his wife-to-be, the Polish widow Ewelina Hańska. In one of many letters to Ewelina, dated June 10th, 1846, Balzac wrote “Moncontour est ma prédilection, je voudrais que tu vinsses le voir tant c’est joli” (Moncontour is my choice, I wish that you could come to see it, it is so pretty). In a subsequent letter, sent a little over two weeks later, Balzac continued, “Le château est habitable, les vignes se vendront facilement” (the château is habitable, and the vines would sell easily) clearly indicating that the vineyards were well established at this time, even if Balzac himself had no interest in them. Tragically, however, Balzac never purchased the estate; he spent the rest of the 1840s gathering his finances together in order to perhaps realise his dream, and he predicted in another letter to Ewelina that he would be in a position to buy the château in 1852. In 1850, however, Honoré de Balzac died. The Balzac chapter of Moncontour’s history was over before it had even begun.