The appellation of Vouvray is one of valleys and slopes, above which sits the plateau; it is on this plateau, and on some of the slopes of course, that the vines can be found. These slopes include the première côte, the south-facing limestone scarp that looks out onto the Loire, and the deuxièmes côtes, the slopes that line the valleys that cut into the aforementioned plateau, all created by the flow of streams and rivers that empty into the Brenne, the Cisse and of course the Loire itself. Sheltering in the protection offered by these many valleys are the appellation’s domaines, and unsurprisingly some little valleys – through association with their respective domaines – now enjoy some degree of renown.

The first to spring to mind is the Vallée de Cousse, behind Vernou-sur-Brenne, where François Pinon resides, while down closer to the première côte there is the Vallée de Nouy, which sits behind the town of Vouvray and which is home to Domaine des Aubuisières. To the east of Vouvray there is La Croix Buisée, not really a valley per se – there is no river flowing here – but an important scar in the rock all the same, as here is where Domaine Huet and Domaine du Clos Naudin are located. Here too, to the east of Vouvray, lie some of the appellation’s most famous lieux-dits, including Clos du Bourg, Le Mont, Les Perruches and Les Girardières. 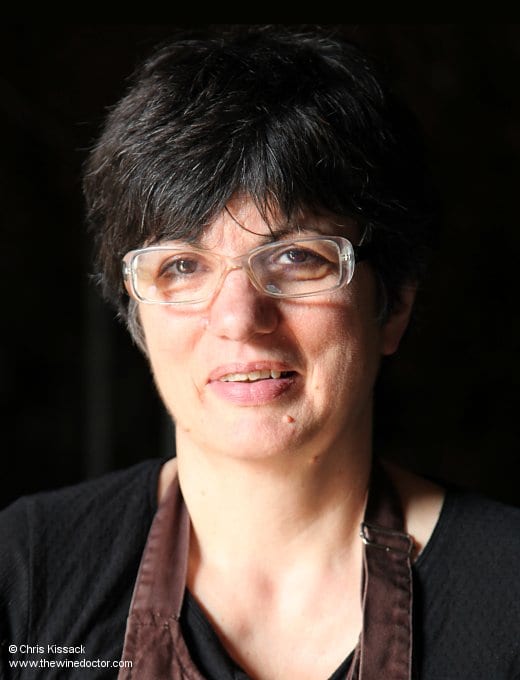 Few would dispute the significance of these names, but what about the vineyards to the west of Vouvray? The lieux-dits of L’Echeneau and Moncontour will probably be less familiar, although writing in Monographie de la Commune de Vouvray (Péricat, Tours, 1908), Auguste Chauvigné listed both among the leading crus in the appellation. I suspect today both are under-exploited. And beyond lies the Vallée Coquette, again an unfamiliar name, and yet it is a significant one for Vouvray; near the foot of the valley are the expansive facilities of the Cave des Producteurs de Vouvray, while further up is the residence of Daniel Jarry, now retired but still known to occasionally pop up with a few bottles of mature vintages for sale. A onetime mayor of Vouvray, a Monsieur Mignot (who preceded Charles Vavasseur and Gaston Huet, the town’s most famous mayors, in this role), also once owned vines here. And if you continue up the valley road you will, eventually, discover the bright blue gates of Domaine de la Fontainerie, home to Catherine Dhoye-Deruet.