Moving on to my second St Emilion report in the 2019 vintage, I come here to the grand cru classé estates of this appellation. There are a large number of the region’s estates classified at this level, and although I have in recent years made efforts to consolidate my primeurs reports I have so many wines of interest to report on in this vintage I focus here solely on the grand cru classé estates. I have carved out all the unclassified estates, from Le Dôme to Château Tertre-Roteboeuf and everything in-between, and I will conclude my 2019 St Emilion reports looking at these wines, along with those of the St Emilion satellites, in a third instalment.

The complexities laid out in my report on the premier grand cru classé wines of the 2019 vintage also apply here; the usual St Emilion drivers of style, including winemaking decisions, still apply. The grand cru classé estates represent the entirety of the appellation, from Château La Tour Figeac on the sandy soils to the west of the appellation, to the low-lying Corbin sector where we find Château Grand-Corbin and its neighbours, to estates on the western plateau such as Château Fonplégade and those on the eastern plateau such as Château de Pressac and Château Laroque. This makes for a complex but fascinating array of styles to taste and report on. In 2019, however, the rains added an extra layer of complexity. 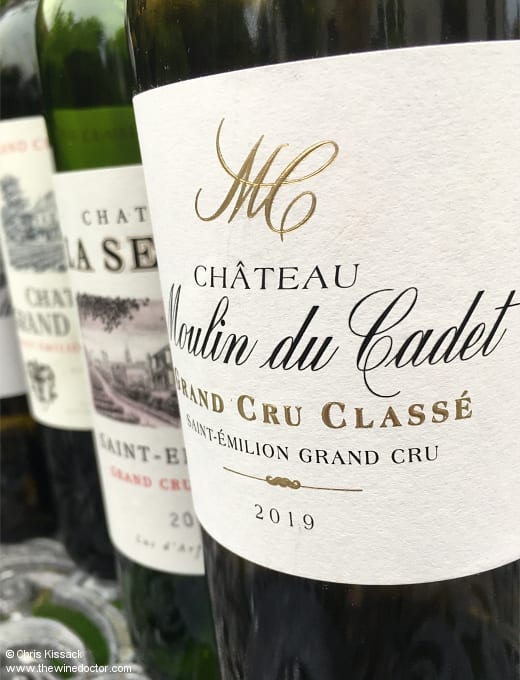 Taking an overall view of these wines, some of the best certainly came from properties gathered closely around the town, including 2019 Château Fonplégade, 2019 Clos Saint-Martin and 2019 Château Sansonnet, or from properties further out to the east, on the eastern plateau and côtes such as 2019 Château Bellefont-Belcier and the 2019 Château Laroque, or even the eastern valley floor, such as the 2019 Château La Fleur Morange. Perhaps an ability to delay picking until after the rains played some part in the success seen at these properties? Or is it that I just prefer the limestone-and-clay wines from around the town and the east, to the sandy-gravelly wines from the west? Sadly, as I don’t have picking dates for all the wines tasted here, it is not possible to conclude which is more likely, although I suspect it may be a little bit of both.