No trip to Bordeaux for the annual primeurs circus is complete without calling in on Château Haut-Bailly in Pessac-Léognan. It is always one of the more informative visits, principally because Véronique Sanders always makes such a slick and comprehensive presentation regarding the vintage and the wine, combining charts depicting hours of sunshine and rainfall levels across the year alongside images of the vines in growth. Not being able to travel to Bordeaux for the 2019 primeurs naturally meant this habitually instructive session would no longer inform my report.

I was of course able to dial in to speak to Véronique and so it was that one sunny morning in late-May I sat myself at the kitchen table, repurposed as my tasting table, for my ‘visit’ to Château Haut-Bailly. And, with the help of the ‘share screen’ facility, Véronique and I were able to pore over the features of the growing season that shaped the wines of Pessac-Léognan in 2019 as easily as if we were sitting next to one another in the drawing room in the château. 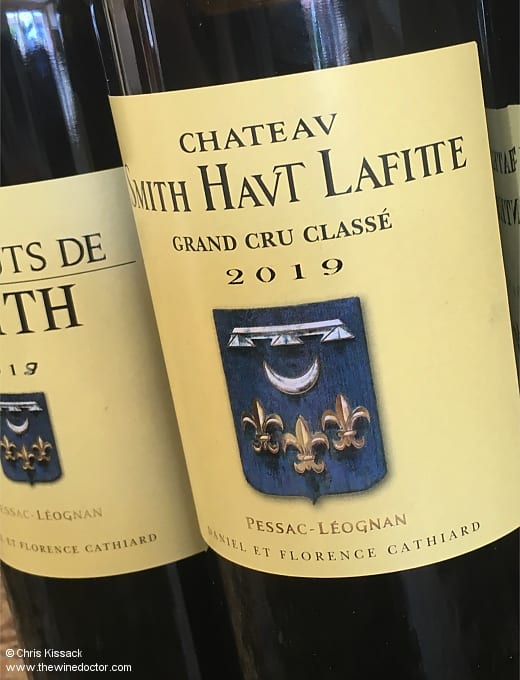 To recap, the early part of the season here was pretty much as I have described it in my Bordeaux 2019 Weather Report. February was mild and this led to an early budding with some frost risk, with the team at Haut-Bailly forced to set out anti-frost measures in the vineyard on five separate occasions, on March 27th and 28th, April 13th and finally the 5th and 6th of May. “We don’t really have a frost-sensitive vineyard”, explained Véronique, “so if it was this bad for us it must have been very scary for some others”. Flowering came in late-May, on schedule, and in late-June the warmth arrived. “We had heat waves on June 26th and 27th, then July 22nd to the 25th, with temperatures up to 42ºC at times. The grass was yellow, but the vines were green, seemingly resistant to the drought. Here at Haut-Bailly we have old vines though – the younger vines planted at Le Pape did suffer”. This was a recurring theme of the drought and heat of the season, with young vines struggling a little (as Philippe Bascaules at Château Margaux also noted) but with the heat coming too soon, before the véraison, to have any impact on the fruit or style of wine (as David Suire at Château Laroque noted).