There are a number of reasons why. First, few Muscadet fans come here primarily for these wines, as it seems clear to me that all the best wines come out of the regional appellations, especially Muscadet Sèvre et Maine and the associated Crus Communaux. To hunt around for bargain-basement Muscadet when the region’s greatest wines still remain well within the financial reach of those of us who wish to drink them would be a little like scrabbling around for entry-level Sauternes or Barsac, from unknown and unclassified châteaux, when you can still afford to drink Château Rieussec, Château Suduiraut, Château Climens or Château Coutet. There just isn’t the need. 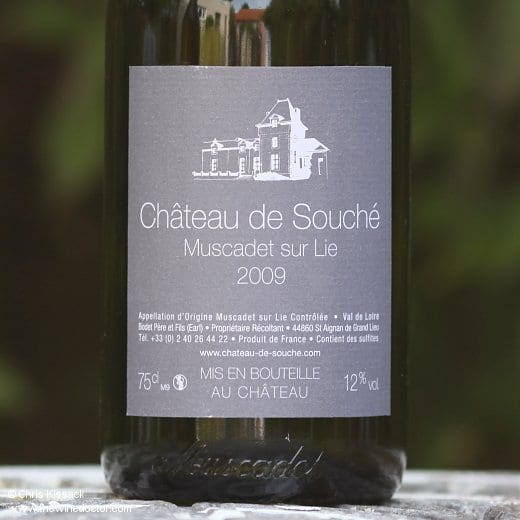 Secondly, with my historian’s hat on, the French authorities signed off the Muscadet Sèvre et Maine and Muscadet Coteaux de la Loire appellations first, in November 1936, almost a full year before they were enveloped by the broader Muscadet appellation in September 1937. As a consequence there is perhaps an argument for discussing them in the same order, looking at the more important regional appellations first, the generic appellation, essentially ‘mopping up’ the left-overs, last. Thirdly, if you do end up drinking a generic Muscadet, I suspect it will more likely than not be a wine from an exalted domaine in the Sèvre et Maine or Coteaux de Loire zones which, for one reason or another, has ended up using the more generic appellation for this particular cuvée.