Many of Europe’s great rivers have their vineyards; from the Rhine to the Rhône, great walls and terraces of vines look down onto a shimmering strip of crystal blue. Admittedly, the landscape of the Loire Valley is perhaps less imposing, the cliff faces blunted, the river wide and meandering, but it is no less majestic. And there are parts of the valley where the Ligérian waters form a glinting, glistening backdrop to the region’s vineyards, although such Bierstadt-esque scenes are few and far between. The best example is surely at Clos de la Coulée de Serrant, the summit of the fabled clos affording lucky visitors an incredible view over the Savennières heartland and the Loire beyond. There are perhaps one or two vineyards in Saumur, and in Pouilly-Fumé, that also fit the bill.

Here in the Pays Nantais, however, few vineyards are so closely associated with the Loire itself, most being scattered in the south of the region, around the Sèvre, the Maine and of course the Lac de Grand Lieu. The only place where Muscadet comes up to meet the Loire itself is in a little stretch between the town of Ancenis and the city of Nantes, the vineyards sandwiched between those of Anjou to the east, and the city suburbs to the west. Here a few hundred hectares of vines form the basis for two of the region’s less well-known appellations, Muscadet Coteaux de la Loire and the Coteaux d’Ancenis, and in this section of my guide I will deal exclusively with the former.

The association between river and vine is an ancient one, first because the steep and stony slopes of the riverbanks tend to be unsuitable for the cultivation of other crops, secondly because if the wine is to be sold at market, the river was often the safest and most convenient method of carrying it there. This association held true in the Pays Nantais, either along the Loire itself, or around its many tributaries in the region. Documents from a number of local abbeys describe the development of vineyards here during the 11th and 12th centuries, especially around Varades, Oudon, Ancenis and St-Florent-le-Viel, all communes now associated with the Muscadet Coteaux de la Loire appellation. As a consequence this region has a valid claim to the title of the oldest of all the Muscadet vineyards. 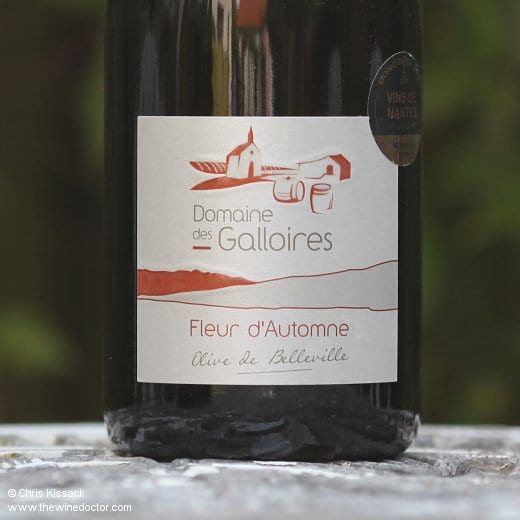 Although the region’s ancient origins are thus undisputed, truly commercial viticulture only really took off during the 16th century under the influence, as I have already described in The Muscadet Story, of Dutch négociants and traders. They naturally took advantage of the long-established vineyards along the Loire, loading the wine onto boats using the river port at Ancenis. From here they could be transported downstream to Nantes, the obvious local market, but the traders would take them further afield as well, transferring them onto larger ships bound for the Netherlands and other northern European countries.