The focal point for Muscadet Côtes de Grandlieu, one of three sub-regional appellations within the Muscadet vineyard, is the Lac de Grand Lieu. A contender for the title of France’s largest lake (the winner depends on the season, as the Lac de Grand Lieu almost doubles in size during the winter), the lake and its associated nature reserve lie directly southwest of the city of Nantes, west of the Muscadet Sèvre et Maine vineyards.

Viewing the lake from above, when heading in to land at the diminutive airport at Nantes, it becomes clear just how expansive this body of water really is. Even in summer the lake stretches out towards the horizon, surrounded by a curious landscape of marshy fields, where the boundaries are not hedges or fences, but channels and ditches. The principal agricultural activities around the lake are the growing of animal feed and the raising of cattle; it doesn’t immediately appear to be a terrain that would be favourable to Vitis vinifera. Despite this, the Lac de Grand Lieu and its environs have a strong viticultural heritage. Strangely, this heritage can be traced back to the salt marshes of the Atlantic coast.

In ancient times salt was a precious commodity of great economic value, and during Roman times many settlements grew up around salt works. Even as the Western Roman Empire went into decline during the 5th century, others stepped into the lucrative salt-working role. Although we often associate ancient religious orders with viticulture and wine salt was also of interest to them, and it was Benedictine monks who first transformed the marshland of the Île de Noirmoutier, which lies just off the Atlantic coast directly west of the Lac de Grand Lieu, into organised salt beds. Their drainage works and landscaping resulted in a network of shallow pools which, as the seawater within evaporated, would begin to crystallise with salt. Once the salt had been gathered up it had to be transported inland, and this was achieved by boat, crossing the bay presumably to Saint-Cyr-en-Retz, an ancient port, and then navigating up ancient waterways. The route inland took the hardy monks and their precious cargo directly across the Lac de Grand Lieu, establishing a trading route from the coast to deep inland, a route which was plied thereafter for many centuries. 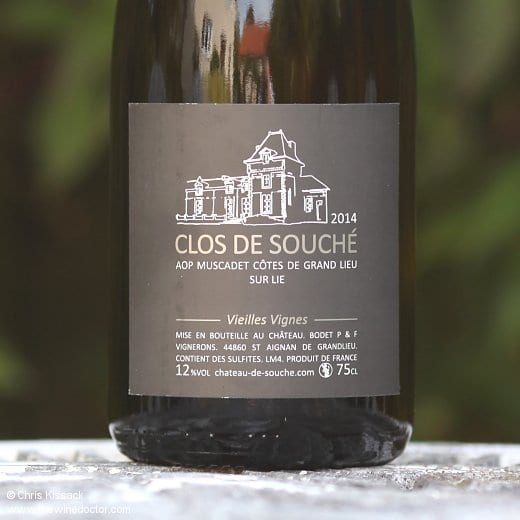 During the Middle Ages traders looking to move wine from the newly expanding vineyards of Muscadet to the coast quickly realised that a ready made route already existed. Wine was soon being transported in the opposite direction to the salt, although as the coast had silted up and the sea had retreated, Saint-Cyr-en-Retz was now several kilometres inland. A new port was established at Bourgneuf-en-Retz, and from here the wines of the region were shipped to Ireland and other Celtic nations. Stimulated by this lucrative trade, the Medieval vineyard grew, encouraged by the abbeys at Buzay and Villeneuve. Continued demand from the Dutch merchants who then arrived continued to promote the planting of vines, and unsurprisingly the Muscadet vineyard expanded westward, around the trading route including the Lac de Grand Lieu.