The Nantais is a region with an enviable and ancient viticultural heritage, one which some argue dates back to the reign of the Roman Emperor, Probus. I am not sure that this is little more than supposition, Probus having been a key figure in the planting of vines in France as a whole, but not specifically the land around Nantes. What is certain, however, is that by the time Gregory of Tours visited Nantes, during the latter half of the 6th century, this was a region planted with vines.

It was during the Middle Ages that the explosion in planting began, an activity fostered by the many abbeys and monasteries that sprang up in the region during this time. The growing of grapes, and the transformation of the juice into wine, at the time nothing less than a metaphysical wonder, was of great importance to the church; wine was essential for religious ceremonies but it was also very useful as a source of income, whether this came from renting out land to peasant vignerons, or from the sale of the wine itself.

As I have discussed in various other instalments of this guide to the wines of the Nantais, merchants and traders from Holland also played a huge role in developing the region. These merchants were interested not only in the export of wine, but also in its distillation for the production of eaux de vie. Following their arrival during the 16th century they thus favoured the planting of neutral varieties, such as the Charentais variety Folle Blanche, also known as Gros Plant du Pays Nantais (this alternate name appearing in writing for the first time in 1732) and often abbreviated to just Gros Plant. This variety was renowned for the finesse of its eaux de vie, alongside similarly anodyne varieties such as Ugni Blanc and Colombard. These cultivars, prized not only for their rather muted flavours but also their naturally high acidities, were thus widely planted, not just in the Nantais but also in neighbouring regions. These regions include Cognac, which lies just to the south, sandwiched between the Fiefs Vendéens and the vineyards of Bordeaux, and also In Armagnac, further south again, both of which even today still depend heavily on Folle Blanche as the raw material for distillation, the result in each case being the famous spirit which bears the region’s name. 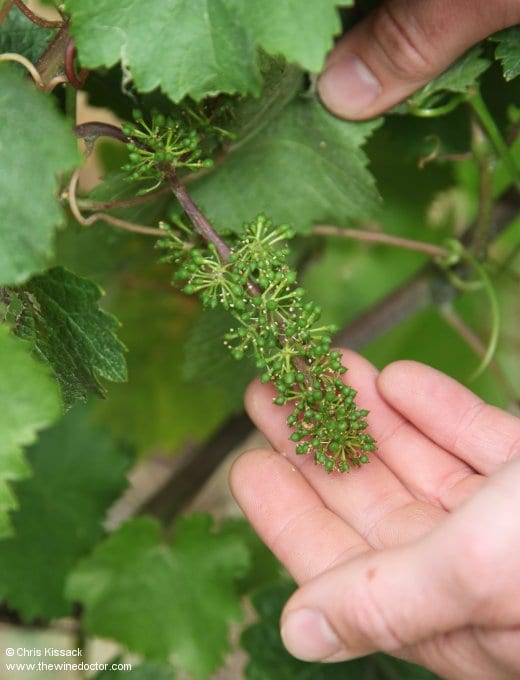 As a consequence Folle Blanche was very widely planted, much more so than we might imagine considering its rather low-key role in the wine world today. At its 19th-century apogee, there were a remarkable 20,000 hectares dedicated to this variety in the Nantais alone (presumably there were even more in Cognac and Armagnac), and it was of huge economic significance to the region, providing many vignerons with a large proportion of their income. Little wonder that the locals came to say, as per my opening lines above, that while they drank Muscadet at dinner, it was the Gros Plant that put the bread on the table.